Washington's ignorance and failure in implementing its foreign policy are clear indicators of the impending collapse of the U.S. empire, Assad's chief propagandist writes in Al-Mayadeen 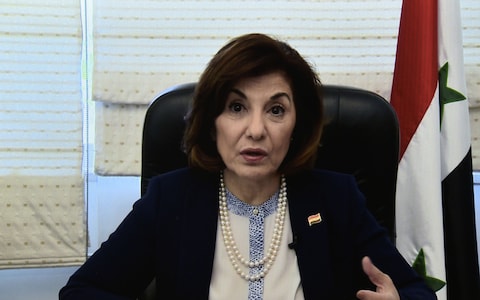 In a quick review of all the wars which the United States has begun over the past three decades, and which have killed millions of innocent people, we can arrive at a swift, preliminary conclusion: The places which the American army has occupied on the pretext of fighting Al-Qaeda or terrorism, getting rid of weapons of mass destruction, bolstering human rights, protecting minorities, or other ready-made media descriptions, are full of “black holes.” If if we follow up and study the truth of what the U.S. army has done in each of these areas, we will find that the terrorists and mercenaries there have enjoyed U.S. support in order to achieve political aims serving the interests of the American ruling class, from the owners of weapons manufacturers to financial, oil and media companies — or its No. 1 ally in the world, the Zionist entity (Israel). How else do we explain the sudden appearance of extremists in Myanmar and the call to save civilian lives there, and how do we explain the sudden mobilization of extremist Islamists in the Philippines after the election of the new president, Rodrigo Duterte, who visited Moscow and expressed directions that did not please the American cowboy.

The world had not seen any presence of the Al-Qaeda organization in Iraq until after the American occupation in 2003, and Iraq and Syria had not witnessed any organization known as the “Islamic State” except with the funding, arming and backing of the United States and its associated Arab oil sheikdoms, with the aim of creating a new Zionist-Wahhabi entity to serve Israel’s interests. If the Syrian army and its allies had not managed to crush this terrorism in a large number of areas, one perhaps would not have been able to see and expose what is occurring in the Al-Tanf base, and the Iraqis would have seen something similar.

When the Americans feel that the Syrian army and its allies are able to deliver a punishing blow to the terrorists, and open the Syrian-Iraqi border for the good of both countries and people, they intervene and bombard, and allow the ISIS terrorists to mobilize freely under their protection and cover.

But these methods are today exposed, foretelling the American desire to retain its control over a part of Syria and Iraq through the creation of a Kurdish state as an alternative to the ISIS state in order to achieve the same aims — that is, the creation of an entity allied in practice with Israel and serving its interests. This is also accompanied with policies on other issues which do not only represent black holes, but express floundering in the inevitable stage of decline in U.S. domination over the last two decades. Today it has lost much of its political, moral and even financial weight, and has only military power, media propaganda and Saudi oil money. America's convuslive and irrational reactions to the success of Russia, Syria, Iran, Iraq reflect former studies of imperial collapse, most importantly the fall of the Roman Empire by the British historian Gibbon.

There is no doubt that the Zionist enemy today is enduring an existential crisis after Syria, Iran and Lebanon have proven to be an axis of resistance capable of destroying any terrorist, and that the policy of division which it hoped to achieve through the Arab Spring war has flipped the magic against the magician, as it stands before a resistance front which is more solid, more deeply experienced and more insistent on continuing the war of liberation, not only against terrorism, but against any unwelcome deal, concession or subordination.

Here the U.S. withdrawal from UNESCO comes as an expression of the reckless reaction to the growing consciousness of the rights of the Palestinian people to their land and homes, and the developing anger, especially in Europe, to the despicable Zionist methods of colonialism against these patient, steadfast people. The response of President Donald Trump to the Iranian nuclear deal is no less of a reckless, knee-jerk reaction. If the International Atomic Energy Agency says that Iran has carried out its commitments with regards to the nuclear deal and is subject to the strictest nuclear investigation program in the world, and if the foreign political department in the European Union says that Trump has no authority to cancel the nuclear deal with Iran and no country has the right to cancel this deal, and if France, Germany and Britain have announced in a joint statement that maintaining the nuclear deal with Iran serves their national interests, and if the Russian Foreign Ministry says that a return to the United Nations imposing sanctions on Iran is impossible whatever the position of the United States, then how is it possible that Trump will carry out what he wants? And why does he want to cancel the deal? Just for the Zionist entity to remain the only nuclear-armed power in the region? And why does Trump remove Russian flags from Russian diplomatic missions after his government violated the sanctity of the Russian consulate for weeks? Has Trump not calculated that these are the inevitable manifestations of the turbulent downfall of a great world power, and that the facts have changed in every area where it wants to impose its hegemony?

Instead of studying these facts and dealing with them wisely, the Trump administration has continued its plots, ignorant of the fact that it is impossible to turn back the clock. No doubt the steadfastness of Syria, Iraq and Yemen and their allies and auspicious victory, with God’s permission, in this fateful battle for the Arab national existence and coordination on these fronts has represented a blow that has caused the imbalance of the usurping Zionist entity and the United States. However, instead of taking calm and careful steps, they are increasing the number of black holes and making reckless policies that cannot reach the ends they desire.

Their hidden eagerness to create ethnic states in the region is nothing more than a continuation of these policies of denial, which they will no doubt be forced to give up sooner or later, and maybe only after they have lost all their cards, even with their European allies. Is not all this clear evidence of the turbulent downfall of the empire of wars that has exceeded its time?