Washington correspondent Hussain Abdul Hussain explains why America viewed the Assad regime as a valuable partner in the past, and why that has changed 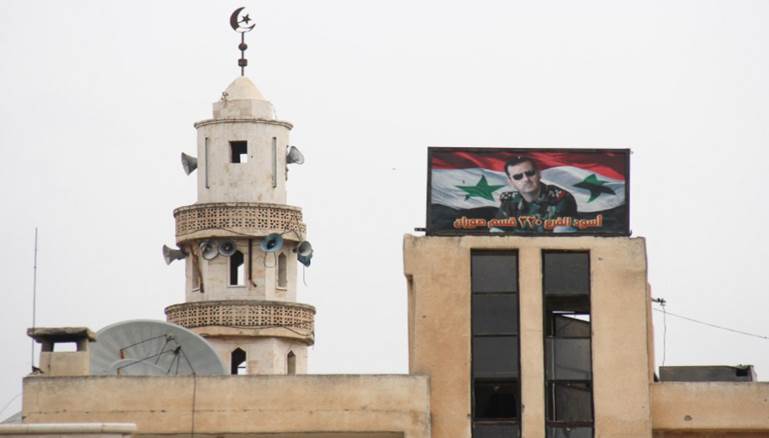 Politicians chatter. The soldier is more clear and explicit. In this context, the American chairman of the Joint Chiefs of Staff, Joseph Dunford, offered the clearest visions of the United States strategy during his appearance at a hearing session of the Senate Armed Services Committee.

Dunford said that America's aim in Syria was to eradicate the Islamic State (ISIS) group, defining this by saying that it included weakening the group to the extent it could no longer hold any territory or carry out violent foreign operations, meaning that local peacekeeping forces would be able to contain the organization and what remains of its violence.

In addition to eliminating ISIS, Syria enjoys no notable strategic importance in the view of the United States government, which means that Washington is committed to the general goals which its allies and the international community generally are committed to.

Dunford said that, apart from ISIS, American goals in Syria can be summarized as “de-escalation” and reducing the suffering and humanitarian crisis. He adds that his country is working with its partners and allies in the region to help them control their borders. Put another way, America is trying to contain the war inside Syrian borders and to guarantee that the armed confrontations do not widen to include the surrounding five countries, all of which are allies of Washington. After that would come the political settlement, the chatter of diplomats, in the view of the United State's top military officer.

What Dunford did not say is that before the eruption of the Syrian revolution, the strategic importance of Syria in the view of the United States was summarized by two matters which the Assad family had offered for decades: the stability of the border in the Syrian Golan occupied by Israel, and intelligence cooperation the Assad family had offered in assisting Western intelligence services to monitor and arrest those whom the West considered terrorists. Syria’s geographic position was not important for Washington, as it could be replaced militarily with Turkey's Incirlik air base, or bases in Israel or American aircraft carriers in the Mediterranean Sea. Syria’s oil production, which was at only about 200,000 barrels per day, was not taken into America’s consideration or those of the international oil market.

Today, these two strategic cards which had given the Assad regime importance in the past have slipped from its hands. Syrian President Bashar al-Assad is no longer in control of the Lebanese group Hezbollah’s decisions, and he can no longer hand over fugitives to the West, or inform on them, or liquidate them. In southern Syria, Israel has contrived a new alternative power system, dispensing with the need for Assad’s control over this region, although Israel expresses its readiness daily for Assad to reassert his hand over the south and closely monitor these lands. But Israel is aware, as is America, that it is almost impossible for Assad to split from Iran because of his weakness, and this means that handing southern Syria to him means de facto handing it to Iran and its allied militias.

Dunford closed by saying that despite the similarity of the American and Russian aims in Syria, in terms of de-escalating violence and ending the humanitarian suffering, Washington differs with Moscow around the political partners and friends inside Syria. The United States knows that the Russians are trying to eliminate Syrian opposition figures, in order to challenge the credibility of the opposition and improve Assad’s position. However, it does not seem that Moscow’s political tricks in Syria have fooled the Americans or pushed them to change their position and work with Assad.

In the past, Assad had gambled on change in the American administration, based on the West’s short memory span, and that every future American administration would open a new page with him and pardon what had occurred in the past, restoring the tacit friendship between them. This time, America does not seem to see in Assad enough to qualify for a resumption of relations. Therefore, the previous American strategy around Syria has vanished, replaced by a new one, which does not see the need of American force to overthrow him, but also does not see any benefit from engaging with him, after the keys to decision-making in Damascus were delivered to Moscow and Tehran.