NATO allies Washington and Ankara are working toward separate ends in Syria as the countries face a split in their Middle East strategy, Ibrahim Hamidi writes 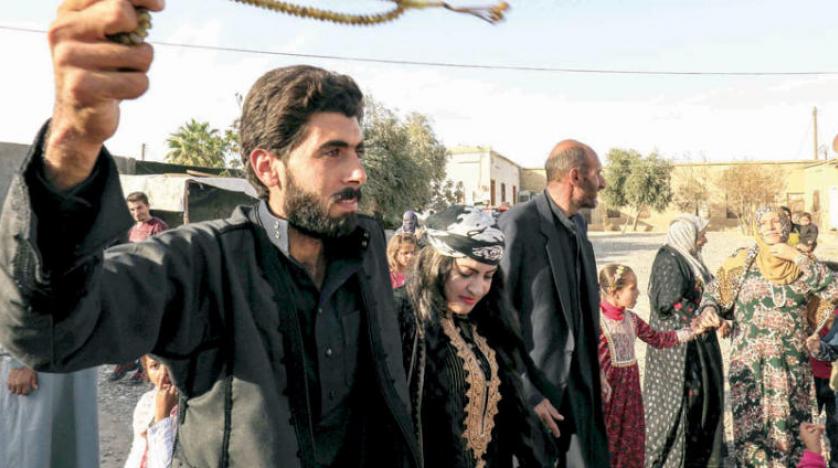 Washington has advised the United Nations envoy to Syria, Staffan de Mistura, of the need to adhere to the Geneva reference and allow Kurdish representation in the political process, a move which is likely to provoke anger from Turkey.

Ankara’s advice, in contrast, to the opposition Syrian National Coalition, was to deal positively with the Russian-led Hmeimeem conference and to attend to the two-day Astana conference over Monday and Tuesday, something which did not resound positively with Washington, which has only had an “observer role” in the Astana process and prevented turning it into a political track.

In practice, there are two tracks: The first is Russian, through which Moscow is quietly trying to undermine the Geneva and United Nations references; the other is international, and is clinging to the Geneva declaration and Resolution 2254.

Regarding the Russian plan, which began weeks after its direct military intervention at the end of September 2015, when it derailed talk pushing for the formation the International Syria Support Group and the issuance of Resolution 2254, as well as a “political transition process,” including the formation of a “representative authority” and drafting a new constitution to arrive at elections. The Russian plan also included sidelining investigations into the use of chemical weapons days before, as well as casting doubt on the international report holding the Assad regime responsible for the Khan Sheikhoun attack. The other step came weeks later upon discussion of renewal of Resolution 2165, which includes delivering humanitarian aid over Syrian borders with neighboring countries. Current indications suggest that Russia will not renew the resolution because it does not see a justification for it, but will instead pressure Western and Arab countries to deliver aid through Damascus, especially after establishing the “de-escalation zones.” In response, Western countries have suggested halting aid to de-escalation zones if Russia does not renew Resolution 2165.

Coming within the Russian context was the Astana process, which is expanding day after day. There is now talk of including Egypt and other Arab states into the list of “guarantor countries,” especially as the Damascus Ghouta and Homs countryside deals were signed under Cairo’s sponsorship. Moscow previously tried to turn the Astana track into a political track when it proposed drafting a new Syrian constitution, but the effort was rejected. It seems, according to Western officials, that the Hmeimeem conference aims to become the political shadow of the Astana process, so that there is a “Hmeimeem 1,” “Hmeimeem 2,” and so on, as happened with the Astana rounds. The proposal came from the Russian Defense Ministry, whereby the pulse was taken of officials and opposition around holding the conference, which is still between the introduction and the response.

According to the most recent information, the first date will be Nov. 18, with the participation of about 1,000 figures from “constituencies of the Syrian people,” and not political forces. A delegation from the Hmeimeem base visited representatives of 19 of the “constituencies” of east Syria to test the idea. The vision is for it to be held for one day or several hours with significant media attendance, leading to the birth of a commission to draft a new constitution within six months. It is known that deliberations have taken place between Russian technicians and Kurds around the constitution’s principles and the extent of acceptance for turning Syria into a “federalist state” on the Russian model. The vision also includes holding another conference in the Damascus airport with a political tone, but the final version will be linked to input which the Russian Foreign Ministry will submit, as well as meetings held between Foreign Minister Sergey Lavrov, Defense Minister Sergey Shoygu, and de Mistura in Moscow a few days ago.

Notably, there was an urgent meeting called for by the Turkish Foreign Ministry with an SNC delegation without waiting for the return of its leaders from Washington. According to a source who attended the meeting, the message of Turkish Foreign Ministry Deputy Undersecretary Sedat Onal was the need to “deal positively” with the Hmeimeem conference, which will include representatives of the local councils and rebel groups who participated in the de-escalation agreements. The source added that the Turkish position was a surprise to those in attendance, who were also asked to prepare issues for discussion on prisons and de-escalation violations during the coming Astana conference.

On the other side comes the American involvement. With regard to Washington, its is still sticking to its understanding with Moscow around allocations east of the Euphrates River, to the benefit of the Syrian Democratic Forces, and to the west of the Euphrates, for regime forces. But the American army is witnessing repeated tests by the Russians of this understanding, alongside statements from U.S. President Donald Trump about reducing Iranian influence, and the extent of a possible long-term commitment for the U.S. military in eastern Syria, which would include the Al-Tanf base near the Iraqi border and other bases in the SDF regions.

What is new is that Washington has begun to think about using the military situation as a political tool, as de Mistura heard from Washington about the need for the Kurds be involved in the political process and Syria’s future. This is in addition to the American focus on the local dimensions and the local councils, stopping violence and delivering aid, along with the beginning of its discussion of an end to the role of the High Negotiations Committee and searching for the unification of the opposition in a novel way. The way of achieving this in the coming Geneva talks or future opposition conference has not become clear, especially given that Ankara opposes any political participation for the Kurdish Democratic Union Party in the opposition authorities or the Geneva discussions. It is also known that Washington, which was uncomfortable with de Mistura’s participation in the previous Astana conference, has stressed the need to focus on the Geneva talks and its references. However, it is not known if this will be translated into high-level participation from the Americans in the eighth round on par with the Russian participation through the deputy foreign minister.

In substance, Washington and de Mistura currently accept the Astana and Hmeimeem tracks for military matters, cease-fires and trust-building measures, provided that the Geneva talks involve political matters and their principles. De Mistura wants Moscow to pressure Damascus in order to enter serious discussions, and wants the opposition’s allies to push them to be realistic. The program is that the talks will continue for two weeks to discuss two of the “four baskets” of issues in 2254, which are: the constitution and elections. This in practice means the delay of the other two: governance and fighting terrorism.

According to one Western official, Moscow wants the track of implementing Resolution 2254, which stipulates talks within six months to form the authority and draft a constitution and then reach elections within 18 months, to correspond with the presidential elections date in Syria in 2021, leaving the subject of President Bashar al-Assad’s participation until then. The official added: “Russia now wants to stabilize a process of reform and political development rather than the political process or political transition.”