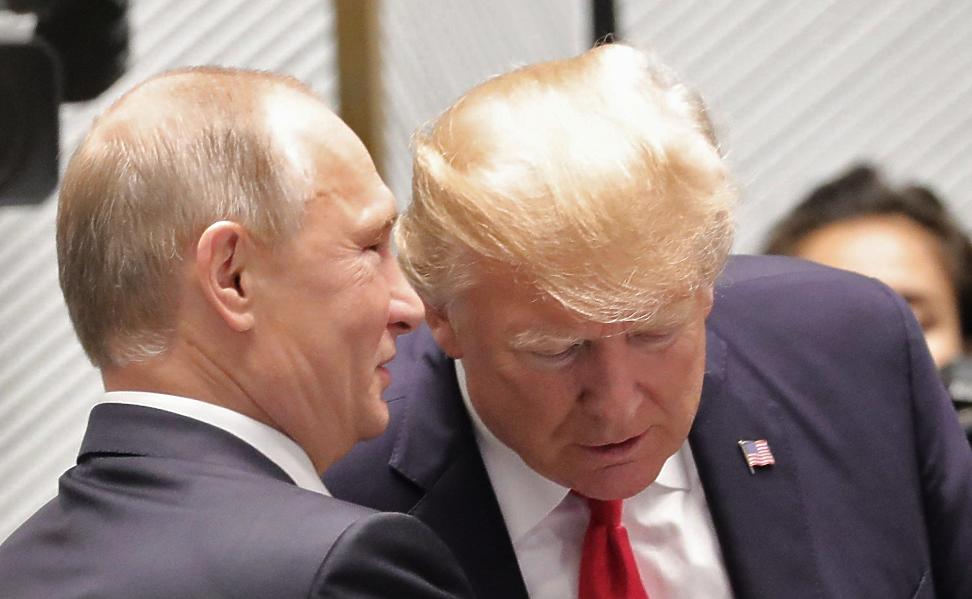 Washington sent Moscow a three-point proposal on Syria ahead of a joint statement by presidents Donald Trump and Vladimir Putin on the sidelines of the Asia-Pacific Economic Cooperation (APEC) forum in Da Nang, Vietnam. The proposal was tantamount to American conditions to agree to hold a summit between Trump and Putin in the midst of a series of international crises related to Iran and North Korea, and the American trend of strengthening relations with China.

The Associated Press quoted officials in Washington as saying that the Trump administration was interested in a deal based on three key principles: extending the U.S.-Russian deal to avoid a clash in eastern Syria, bolstering the de-escalation agreement, and launching political negotiations in Geneva under international sponsorship to implement Resolution 2254.

According to information provided to Asharq Al-Awsat, Washington has become interested in thinking about the post-Islamic State (ISIS) stage and arranging the presence of its military forces east of the Euphrates River in the absence of the organization — it is for this reason the American army is hoping to extend the agreement to prevent a clash with the Russia and its allies in the Syrian skies and on land. The agreement was concluded in Amman earlier this year and includes the Kurdish-Arab Syrian Democratic Forces, which is backed by the U.S.-led international coalition and is controlling the areas east of the Euphrates River in exchange for Assad regime forces and their allies controlling west of the river, with a few exceptions. SDF control extends to the bank of the city of Tabqa, while regime control on the other side reaches up to Al-Mayadeen and Albu Kamal.

Washington, according to reports, is monitoring Iranian statements and officials from Damascus over the intention to advance to the city of Raqqa, which is controlled by the SDF. Therefore, it is trying to extend the term of the clash-prevention deal between the two armies in the stage after ISIS, especially given that the Russian side has begun to speak about the “illegal” presence of American forces in Syria, in addition to the desire to expand the margin of coordination between the two armies.

The second point in the American proposal relates to the de-escalation zones deal, especially with regards to the deal in southwest Syria. This agreement was achieved with tripartite Russian-U.S.-Jordanian sponsorship and includes the departure of “non-Syrian forces” (a reference to foreign Iranian-backed militias) from the Jordanian border and the disengagement line in the Israeli-occupied Golan. However, according to reports, Washington believes that Russia is not working seriously to pressure Iran to implement the de-escalation terms, as no notable change has appeared since Putin’s most recent visit to Tehran. With regards to this, one Western official said recently that “the de-escalation agreement in southwest Syria was a test of Russia’s influence over Iran… and so far, it seems that Russia does not want or is not able to keep out Iran’s militias from the Jordanian border and the Golan.” He noted that the Israelis had more than once sent “warnings” to Moscow that they “will act if the Russians do not implement the deal’s terms.”

The third point relates to political negotiations. The Trump administration is interested in a deal in the Geneva negotiations after the end of ISIS, as focus on the Astana track is on confidence-building measures and military matters related to de-escalation, including the possibility of signing a new deal in south Damascus, while political matters have been left to the U.N.-sponsored Geneva talks. Notably, U.S. Secretary of State Rex Tillerson and Secretary of Defense James Mattis both stressed the importance of supporting the Geneva negotiations and the efforts of the international envoy Staffan de Mistura.

In the event of an understanding, Washington and Western countries expect that Moscow will agree to an extension of the terms of Resolution 2165 regarding the delivery of humanitarian aid from Jordan and Turkey to the de-escalation areas in southern and northern Syria, in addition to a compromise between the Western and Russian drafts to extend the mandate of chemical weapons investigators in Syria.

De Mistura has continued his consultations, meeting French officials in Paris before his meeting with Russian officials in Geneva, to guarantee the success of the broad Syrian conference in Sochi on November 22 and 23, in order to provide ground to resume the Geneva negotiations on the 28th of this month. The hope was that the Assistant Secretary of State David Satterfield would attend the eighth round of negotiations alongside his Russian counterpart in order to provide cover from both sides for the Geneva talks and give them some dynamism.