Writing for Saudi-owned Al-Hayat, Europe-based scholar Muhammad An-Naam contrasts the plights of two fleeing peoples — 80 years apart — at the hands of their own governments 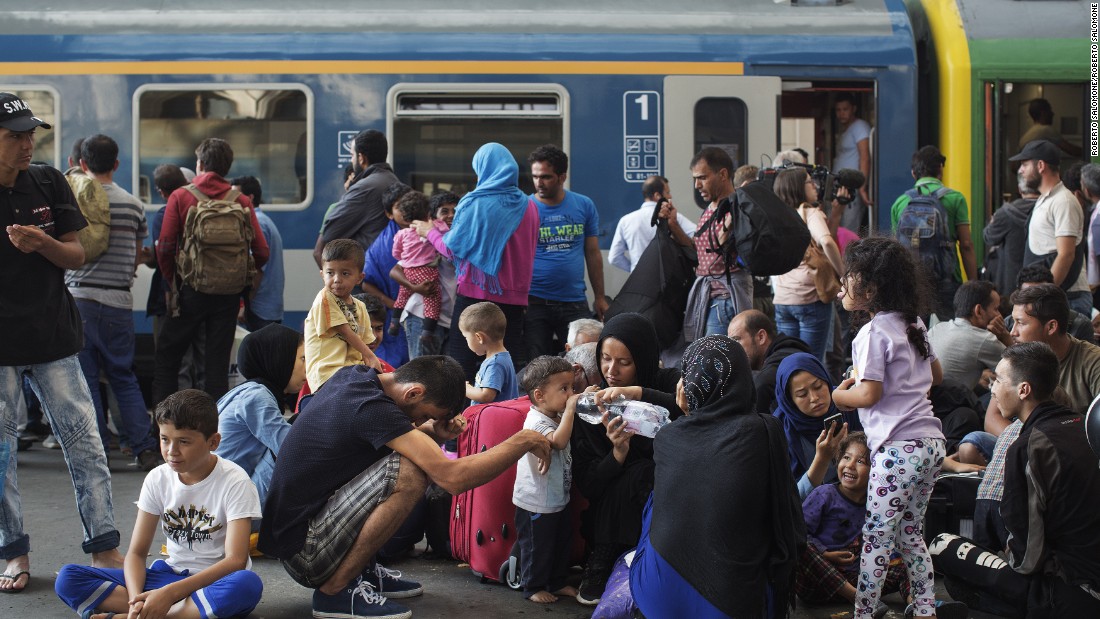 In the late '30s, specifically after March 1938, a train crossed Germany and Austria on its way to the exiles of this earth. With the successive voyages of this train, the number of the fleeing passengers it carried swelled — passengers who ended up refugees in all the corners of the world. Germans escaping Germany; Austrians escaping Austria; and Polish escaping Poland.

The great German writer Thomas Mann, a Christian, was among the escapees, as was the prominent Austrian Jewish literary figure Stefan Zweig, who wrote: “as the train crossed the border, I knew, like the patriarch Lot in the Bible, that all behind me was dust and ashes, the past transformed into a pillar of bitter salt.”

Zweig related further how at the news of his mother’s death shortly after his escape, he felt neither shock nor grief — rather something akin to peace, as she was now safe from danger and suffering. His mother had always enjoyed a daily strenuous walk, but now at the late age of 84, she had become unsteady on her feet and needed at times to rest on a street bench or in a pubic garden — something she no longer was allowed to do since the Nazis forbid Jews from sitting on public seats. Zweig admitted: “It is fortunate that my mother has been spared this cruelty and humiliation forever.”*

The stories of the train passengers and the reasons that led them to board it, as well as their subsequent futures, have been documented in film archives, literary texts and testimonies from that period. No one better than Stefan Zweig could tell the tales of those who escaped and relate the circumstances that led to their voyages:

“With their bare hands, university professors had to scrub the streets; pious, bearded Jews were dragged into the temple and forced by howling young goons to do deep knee bends and shout 'Heil Hitler' in chorus. They rounded up innocent people on the street like rabbits and marched them to the SA barracks to clean the toilets.”*

Gradually the wealthy sensed the danger and started to weigh the option of escaping.

“Every group of people appeared more miserable and frightened than the one preceding it. The first groups that left Germany and Austria were successful in rescuing their clothes, belongings and furniture — some even managed to take some money; as for those who maintained their faith in Germany and had difficulty extracting themselves from their beloved country, they were punished severely.

“The Jews were first stripped of their positions and were forbidden from visiting theaters, cinemas and museums; professors were denied the use of their offices. Despite all this, they did not leave the country, out of fidelity or heedlessness, cowardice or arrogance. They preferred living humiliated in their own country to living as beggars outside it. They were no longer able to employ anyone; radios and telephones were confiscated from their homes and then the houses themselves were confiscated. They were forced to wear the Star of David as identification and were avoided and ostracized like lepers.
Then they were kicked out and stripped of all their legal rights and exposed with arbitrary sadism to all types of spiritual and physical cruelty […]. Those who did not leave were thrown in concentration camps where the German officer squashed even the most arrogant among them before sending him to the border robbed of everything except for his backpack and 10 marks in his pocket.”*

This tragic situation deteriorated quickly as the departing train became a transport train carrying quasi-human creatures with pale, dirty faces, sunken eyes, a restless gaze and cracked lips. Frightened creatures, defeated, confused and exhausted, were led in columns in complete surrender and defeat, like a troop of wasted cows, to the train wagons.

Fate will be kind to Zweig as it was toward his mother, he will not witness this horrific development. History will write that the best and truest literary figure of his time did not bear living homeless in exile. Along with his wife Elisabeth Charlotte, Zweig committed suicide in Petropolis, Brazil on Feb. 23, 1942.

At the same time, the Nazi party believed it had reached the culmination of its thought and moved to its execution. The moment had come to establish racial “homogeneity” among the pure German people whose unadulterated lineage of constitution and coloring was selected out of all people. Toward that end, “the selected people of the earth” had to decimate “the chosen people of God.”

Could the German citizen during the time of “Hitler’s train” ever imagine that this locomotive was going one day to be carrying watchful fearful people adhering to a different religion, members of a different ethnicity, carriers of other languages and identities entering from outside Europe into the heart of Germany — thus becoming transformed into a train of hope and good tidings?

This is in fact what did happen in 2015, when Chancellor Angela Merkel directed all countries neighboring Germany to put their trains in the service of the groups escaping the furnaces of their own countries. While German Jews escaped in a moment when the conscience of the world slept and morality turned a blind eye, the cameras watched now as the train packed with women and children, old and young people coming from Syria, and others who slipped in with them, entered Germany from the neighboring countries.

The escapees were exhausted, their clothes shabby, dirtied and stained, their shoes worn-down and torn, most of them limping on their swollen, inflamed and purulent feet, their faces grimy, dusty and tanned by the constant exposure to the air and sun. Only their eyes shone with the light of hope and expectancy.

The Syrian on the train escaped the same conditions that led the German Jew previously to escape, for the Assad Baath regime has found no more suitable example to copy than the Nazis.

Both parties are national socialist in affiliation and both attempt to impose ethnic homogeneity; both built crematoriums and both are founded on the worship and deification of their leader.

The followers of Hitler chanted: “Hitler is greater than the Messiah” while those of Hafez al-Assad danced and repeated: “Hafez al-Assad, we worship before God.” The pigeons among the followers of the son — Bashar — cooed: “God, Syria, Bashar and nothing else,” while their batons were breaking on the bodies of their prey. They stood screaming at their victims with the anger of this world and the next: “Who is your God?” Forcing the agonizing victim to pronounce its last words: “Bashar is my God.“

As the persecuted Germans escaped before the beast of Nazism, so did the persecuted Syrians escape before the monster of Baathist Assadism. They took to the sea, heedless of the possibility of drowning — escape being their only choice; absolute hopelessness equal to hope and life equal to death — their chances of survival were no greater than their chances of drowning. They took what they considered a fair chance, instead of remaining under the yoke of the ruthless regime.

If Hitler brought more evil to the world than anyone else in the centuries preceding him, Bashar al-Assad produced more evil in Syria than anyone has before.

German consciousness was at the height of its alertness, its moral vision at its utmost clarity on the day Germany decided that the Syrian refugee escaping the ruthlessness of the Assad regime is similar to the German escapee from the Nazis. For nothing will wipe away the shame of the previous train — at once a funeral and a graveyard — better than a subsequent train that would stand as a womb of life and a doorway to hope and expectancy for those who have lost all: A train of embrace between people, of meeting, assistance and comfort.

And that is how it was. Along the path and stations of this train, along countries, cities and towns — human masses of helpers, volunteers in humanitarian organizations and individual Europeans, stood offering welcoming words and smiles, giving hugs, water, meals, fruits and desserts and presenting clothes, shoes and toys for the kids.

The happiness of those Europeans was equal to the happiness of a family welcoming a newborn! As if they were thinking to themselves: “If humanity is agonizing in one place, there is another place where it can bud and bloom.”

And thus, it came about that humanity witnessed two trains within two close periods of time, a train of anguish and a train of solace: Hitler’s train and Merkel’s train. May the second train wipe away the shame of the first.

This article was translated by Hind Rafai and edited by The Syrian Observer. Responsibility for the information and views set out in this article lies entirely with the author.