In loyalist Al-Watan, Maysoun Youssef argues that Western nations should listen to the testimony of Syrian child Hassan Diab 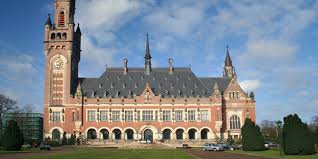 The truth is not in need of proof in Douma to explode the theatrics of the chemical weapons which the West prepared with a British hand and produced and played out on the ground in Douma in order to accuse the Syrian government and take that as a pretext for aggression.

We say that the truth is not in need of proof because everything related to the criminal theatrics was atonal, prosaic and poorly directed, in terms of content, material, background and motives.

Despite this infirmity, the hypocrites insisted upon saying that they have information confirming the use of chemical weapons, thus giving them the right to act with aggression – which in fact they did with the missile attacks on Syria.

But the truth refuses to be obscured, whatever the power of the forces that want to hide it. The fabrication, lying and forgery cannot continue, as Syria with its army and its effective air defense system, restored and prepared for battle, brought down the missiles of the aggressor far from their targets and exploded them before they reached earth.

A Syrian child emerged, spontaneously, with full innocence and courage, to bring down the poorly prepared and directed play – a child of truth who will not be obscured or hidden.

The Syrian child, Hassan Diab from Douma, witnessed and told with full transparency and honesty, how the chemical production was staged, and how people from outside Douma came and acted it out, and lied, and filmed a false video to be presented to the West in order to justify an aggression planned long before the theatrics in order to take revenge for defeating the terrorists in the Eastern Ghouta.

However, even with the shining light of truth, the fear of Western arrogance remains, because as it is said that one can persuade one who wants the truth and is looking for it, and if will take it if given, but those who know the truth and deny it are absolutely arrogant and will refuse to listen to evidence and refuse to take it into account.

With this logical principle, we stand to pose the question, will the Russian offer to take the child Diab to The Hague and allow international representatives in the United Nations Security Council to talk with him and listen to the evidence he has that will undermine the aggressor nations of America, France, and Britain? Will this offer bear fruit? And will the aggressor nations respond, and listen to the Syrian child?