Women in Deir ez-Zor are being married off to Iraqi from the Iran-back militias for money, with many then taken over the border and into Iraq reports SY 24. 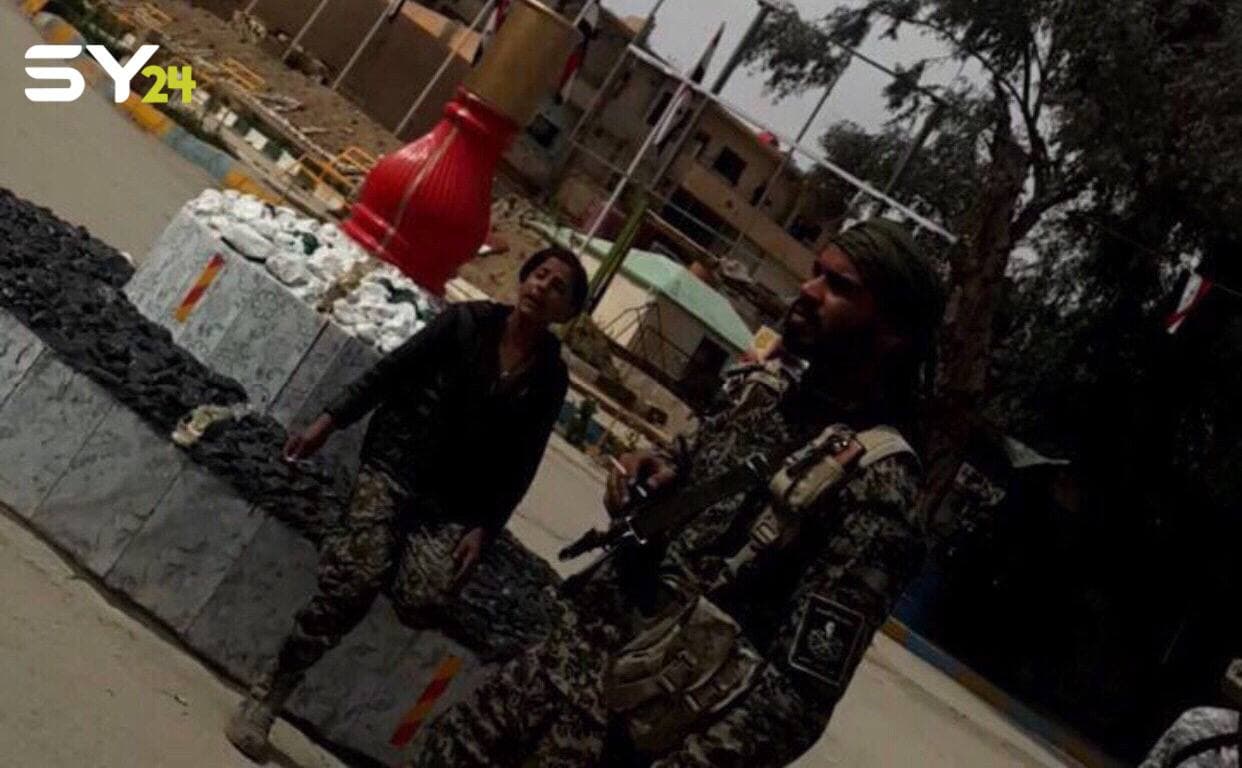 The precarious economic conditions and the constant state of fear that the people of Deir ez-Zor live in has prompted them to marry off their daughters to Iranian-backed Iraqi militia members, who entered the city with the Syrian regime forces after the withdrawal of the Islamic State (ISIS) in late 2017.

Sectarian Iraqi militia members have been exploiting the clan ties that bind them to some families in Deir ez-Zor and its countryside in order to marry their daughters.

SY-24’s correspondent in Deir ez-Zor said that marriages were not limited to Iraqi fighters in the ranks of the militias, but also included marriages to Shiite Iraqis through local brokers.

The correspondent said, “These brokers are originally Syrian individuals who belong to the Iraqi and Iranian militias in Deir ez-Zor. They get sums of money in exchange for marrying their acquaintances to Iraqis.”

He added that, “some of these Iraqis live in Deir ez-Zor but the majority end up moving back to Iraq, taking their wives with them.”

Shahd, a Syrian girl married to an Iraqi, indicated that, “one of her relatives, a member of the Fatemiyoun militia, brought an Iraqi man to their home in order to marry him to me.”

She said, in an exclusive interview with SY-24, that, “the man offered a large sum of money to my father, in addition to making promises that we will stay in Damascus and not go to Iraq.”

She added, “We moved to Basra, Iraq, one month after our marriage, under the pretext of sealing the marriage contract there. Now I live with his first wife and children, and when I try to convince him to return to Syria, he refuses to even hear me out.”

Local sources indicated that the most important reasons that push girls to accept such marriages is poverty, in addition to fear of retaliation against them if they refuse.

Syrian lawyer, Yassin Hilal, Director of the Crescent Center for Arbitration in Northern Syria stated that, “the Shiite militias began to spread the Shiite sect among the population, from the moment they entered Deir ez-Zor.

“The economic hardship that afflicts the region has prompted some to marry off their daughters to members of these foreign militias,” Hilal told SY-24.

He stressed that, “those who remain in Deir ez-Zor are the poorest of the poor, after those who still had some money fled the city, fearing for themselves and their families from these militias.”

Hilal noted that, “children born to a Shiite father and a Sunni mother will face great problems in the future, due to the divergence in religious beliefs in addition to problems related to education and social and moral values.”

The phenomenon of marriage to foreign elements began to appear after the entry of ISIS to the city of Deir ez-Zor in mid-2014, when Islamic State members started marrying Syrian girls.