Naser al-Hariri has highlighted the important role of Jordan in securing a political solution to the crisis in Syria and putting pressure on the Arab League reports Shaam News. 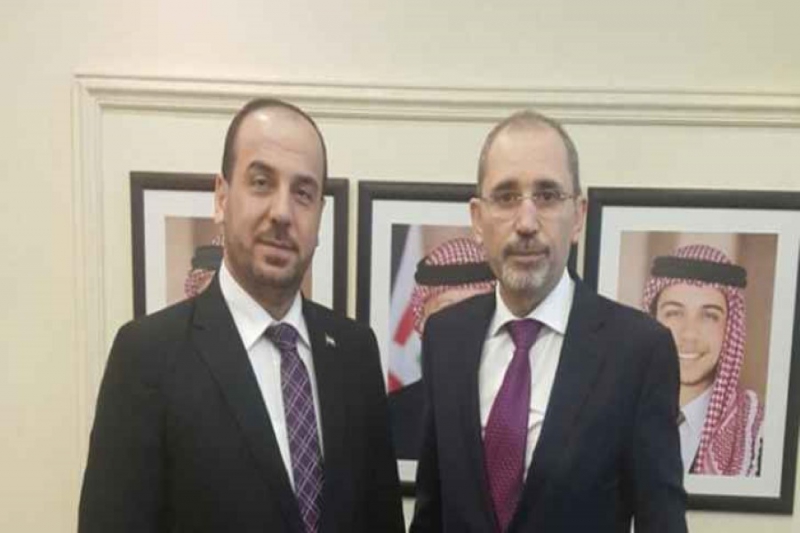 National Coalition of Syrian Revolution and Opposition Forces President Naser al-Hariri, addressed the Jordanian Foreign Minister, Ayman Safadi, emphasizing the important role Jordan plays in the political process in Syria, and the need to push the Arab League to work on finding a political solution in the country.

The Media Department of the National Coalition stated that Hariri expressed his aspirations for the Hashemite Kingdom of Jordan to play a significant diplomatic role in supporting Arab and international efforts to reach a political solution, in harmony with the Geneva Declaration and the stipulations of the relevant UN resolutions, especially Security Council Resolution 2254 and Resolution 2118. This prevents the deadly Assad regime from being strengthened, protects Syria and its people, and fulfills the legitimate aspirations of the Syrian people, according to Hariri.

Hariri stressed the National Coalition’s keenness to continue friendly coordination and cooperation with the Hashemite Kingdom of Jordan, and the permanent desire to strengthen these relations, expressing the willingness of the National Coalition to work with international efforts, the UN, and fellow Arabs, especially with the Hashemite Kingdom of Jordan, while serving to push the political process forward and making decisions that serve the cause of the Syrian people as well as Arab and regional issues.