Following reports of a secret trip by US officials to Damascus, the Secretary of State has said that US policy will not change to secure the release of hostages reports North Press. 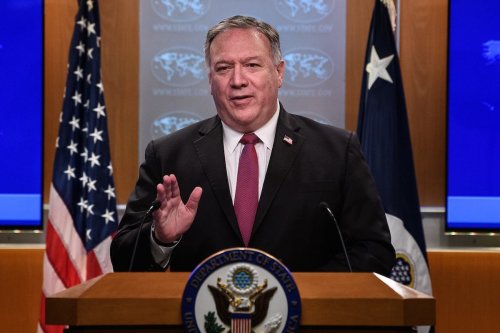 US Secretary of State Mike Pompeo said that his country has no intention of changing its policy towards Syria, in his first comment on a report on a secret visit by a US official to Damascus.

“The United States will not change its policy toward the Syrian authorities to secure the release of journalist Austin Tice and other Americans in its custody,” Pompeo said at a news conference at the State Department.

He noted that Syrian authorities did not agree to the Americans’ demand to release Tice or reveal what they knew of his fate.

Giorgio Caveiro, Director of the Institute for Gulf Studies in Washington, told North Press earlier that news of a US official’s visit to Damascus was an attempt to bolster Trump’s presidential bid.

“Trump wanted to achieve as much progress as possible before the election,” Giorgio added.

Giorgio also ruled out any change in US policies toward Syria in order to secure the release of prisoners.

Pompeo’s statement comes after the Wall Street Journal reported on Sunday, according to administration sources, that Kash Patel, Deputy Assistant to the President, visited Damascus this year.