Russian authorities have met with a central committee in Daraa, to discuss the situation in the south and the recent upsurge in violence reports Brocar Press. 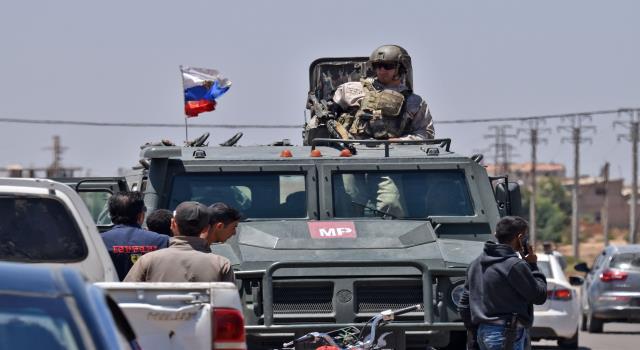 The Daraa Central Commitee held a meeting with a delegation of Russian forces on Tuesday during which the two sides discussed the tensions in the area that have occurred for a number of days as a result of the regime breaking the settlement agreement again.

Brocar Press’s correspondent in Daraa reported that former commanders in the opposition in the central committee, including Abu Murshid al-Bardan and Mosaab al-Bardan, met with a Russian delegation, one of them named “Igor,” from the Russian forces, in the city of Tafas west of Daraa.

The central committee was formed after the regime entered the southern area, comprising civilian figures and Free Syrian Army commanders, aiming to represent residents and negotiate with the regime and Russians and convey their demands.

The meeting comes at a time when the area has seen violations by the Syrian regime, which has escalated events, after its forces targeted three prominent central committee leaders while they were on the road in Masaken Jalin, killing two of them and wounded the third, according to the correspondent.

A source told Brocar Press that members of the committee during their meeting with the Russians noted that with these provocations the regime aimed to escalate the situation again by setting up new checkpoints and cutting off areas in order to step up assassinations against its opponents in the area.

The source added that Syrian regime officers denied responsibility for the escalation in the area to the Russians, instead accusing former fighters of carrying out the attack on regime forces on the Masaken Jalin – Sheikh Saad road.

The source added that commanders in the central committee brought the Russian delegation to the site of the incident to see where Russian forces had tried to advance in the area—especially the area where regime forces had bombarded the village of Jalin with rockets, which caused a massacre of seven civilians including two children.

The correspondent said that the Russian delegation had photographed the site of the bombardment and the regime’s advance on the Masaken Jalin road, and then the delegation promised the committee leaders that they would convey their demands to the Russian command.