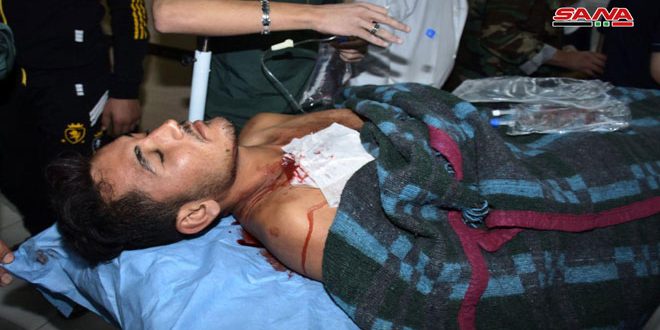 Twelve civilians were martyred and 15 others were injured in a rocket attack by Jabhat al-Nusra terrorists on the Aleppo southern countryside.

The attack claimed the lives of 12 civilians, injured 15 others and caused material damage to civilian homes and properties.

The reporter said that the wounded, some of whom were seriously wounded, were admitted to the city’s hospitals for treatment.