Reinforcments from the Fifth Corps have been sent to various areas in the Lattakia countryside following heavy losses in clashes reports Al-Modon. 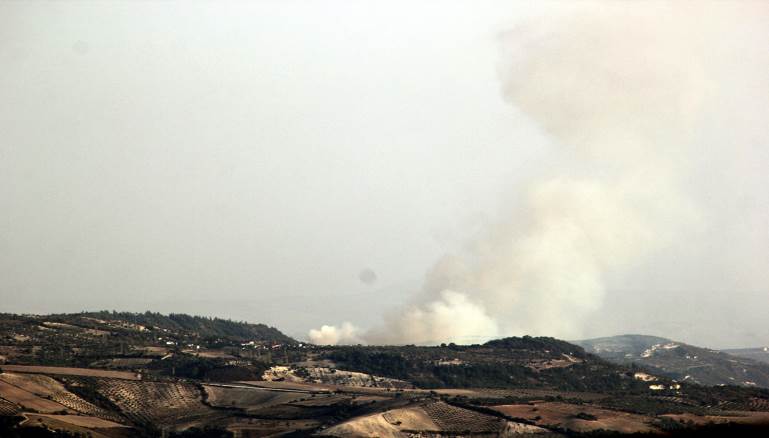 Regime militias on Sunday-Monday night continued their bombardment with heavy weapons on areas held by the armed opposition in the northern Lattakia countryside. Sporadic clashes continued on the Kabina, al-Rabiyeh, Atira, Zahiyeh, al-Seraf and other fronts in the mountainous areas according to Al-Modon’s correspondent, Khalid al-Khatib.

Regime-Russian militias sent more military reinforcements from the Fifth Corps, a large portion of them fighters who carried out “reconciliations” in Daraa, under the command of the former armed opposition leader Ahmed al-Awda. The new reinforcements concentrated on the top fronts with the opposition in the Jabel al-Turkman, and on the front lines from al-Seraf and Rabiyeh to the area between the two clusters of mountains, Ardas Dagh and Nour Dagh, in the furthest northwest adjacent to the Syrian-Turkish border.

The redeployment of the militias and the reinforcements sent to the northern Lattakia countryside fronts come after they suffered heavy losses on Sunday in three land attacks and operations carried out by the opposition against their positions. The opposition described the operations as sophisticated and promised to continue them with the aim of bleeding the militias and disrupting their war efforts, concentrated on the northwestern Hama fronts. The militias have lost more than 40 fighters, including three officers.

The first operation by the opposition struck Tel Abou Asa’ad, and the second struck militia positions and their first lines of defense in Rabiyeh. This put a large group of regime militia fighters in range of rockets and mortars, which was followed by clashes at medium range. The second operation was joined by the “Rouse the Believers” operations room, alongside fighters from the National Front for Liberation. It was the biggest operation to target the town of al-Atirah, in which more than 25 fighters were killed. Military vehicles were destroyed and the attackers seized weapons and ammunition from the militias’ main site in the town’s school.

The special missions units of Ahrar al-Sham undertook the planning of the third operation in the northern Lattakia countryside, and played the biggest role, alongside fighters from other groups in the National Front and the salafi-jihadi organizations.

An opposition military source told Al-Modon that the opposition is concentrating on operations for infiltration and close-range targeting of regime-Russian militia positions in particular, with the aim of bleeding them and scattering their defenses. The attackers have chosen the fronts recently taken over by the Fifth Corps, from the Iranian observation point to the last mountain cluster near the Syrian-Turkish border. According to the source, the opposition does not want to draw the Iranian militias into the battle or provoke them at the current time.