The relocation of international organisations is a signal that the planned "safe zone" will not be as secure as is believed reports Al-Modon. 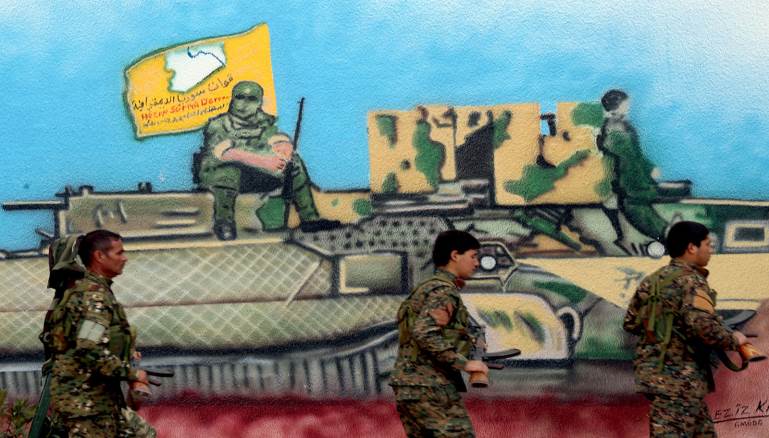 International organizations operating in the autonomous regions of the Kurdish Democratic Union Party have told their staff that they will relocate their headquarters to the city of Ayn Issa, north of Raqqa.

Not only did international organizations stop their development projects, but they also stopped supporting local organizations operating within the “safe zone”, which runs along the Syrian-Turkish border at a depth of 28 to 30 kilometers, and will not resume support, unless they move their projects outside the “safe zone”.

Although the creation of the “safe zone” is not yet certain or defined, the conflict of interests between domestic and regional players suggests that it will become a conflict zone, which the United States is currently seeking to avoid.

The visit of the American delegation, which also included security and military advisers and State Department officials, was aimed at discussing with all parties the establishment of a new administration in the region, free of non-Syrians, in reference to the Kurdistan Workers’ Party cadres.

According to leaks, the United States is seeking to convince the opposing parties to establish a joint force of 18,000 fighters, involving all forces close to the United States, including the forces of “Peshmerga Rogge Ava” and elite forces from the “al-Ghad Current”, led by Ahmad Jarba.

The leader of the Kurdish National Council, Nemat Daoud, said that coalition officials explored their views on the future of the region in general and the safe area in particular, the nature of their relationship with Turkey and the opposition National Coalition and the Kurdistan region. He added that the American side had asked them whether reconciliation could be achieved between them and the Democratic Union. The American side told them that the region needed a new administration that included all components.