Director of the Air Force Intelligence, Jamil al-Hassan, is notorious for his brutal tactics and torturing dissidents reports Alsouria Net. 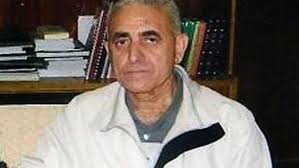 The German newspaper Der Spiegel, reported that the German government submitted an official request to the Lebanese government to arrest Hassan and turn him over to the Germans.

The German Federal Prosecutor, Peter Frank, said Hassan is accused of crimes against humanity, committed by his intelligence agency, which is considered the most brutal of all of Syria’s intelligence branches. The AFI have arrested, tortured, and killed Syrian dissidents since the outbreak of the protests in 2011.

Der Spiegel described the arrest warrant for Hassan as, “the most serious effort yet by a Western country” to hold Syria’s government accountable for the crimes committed against Syrians since a 2011 uprising sparked a brutal civil war.

Der Spiegel reported that there is little chance that Lebanon will cooperate in this regards, due to the extraordinary influence of the pro-Assad Hezbollah.

The paper said the German request aims to limit the freedom of movement that Hassan and other top Assad aides still enjoy today.

Jamil al-Hassan is one of the most violent of the Assad entourage. In November 2016, he gave a rare interview to Russia’s Sputnik, in which he called for the extermination of all Assad dissidents.

He praised the late president Hafez al-Assad for annihilating all dissidents in Hama in 1982.

He also praised the Chinese government for their handling of the Tiananmen event, when the government killed a number of activists and put an end to the Chinese movement of change.