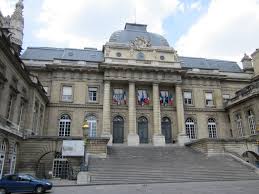 On Wednesday, the French authorities arrested a former member of the Assad regime’s security services, hours after Germany arrested two other members, all of whom are accused of crimes against humanity.

A statement issued by the French public prosecutor said the authorities, “arrested a 30-year-old Syrian citizen in Paris as part of an investigation that had been ongoing since January.”

The statement added that the suspect was involved in crimes against humanity, committed during while working with Assad’s intelligence services between 2011-2013, pointing out that the detainee left Syria in 2013, without further details.

Earlier on Wednesday, German police arrested two members of the regime’s intelligence services on suspicion of crimes against humanity. German prosecutors said police in Berlin and Rhineland-Pfalz arrested the suspects Anwar R., 56, and Iyad A., 42.