The UN High Commissioner for Refugees has said that 50,000 people remain at risk of being affected by flooding reports Zaman Al Wasl. 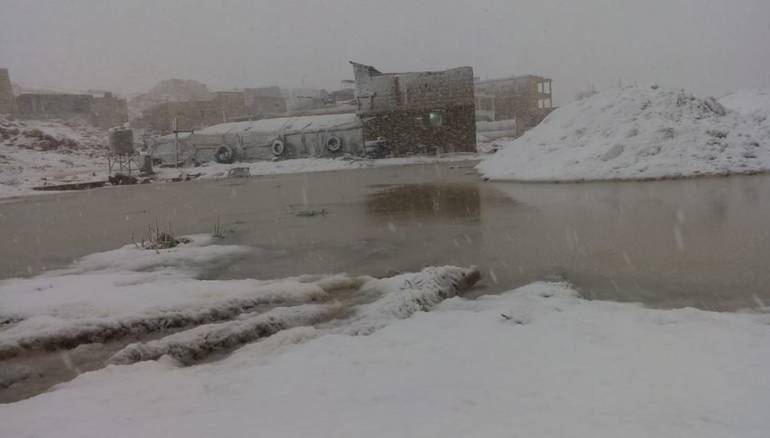 Fatma, an eight year old Syrian refugee girl was found dead Wednesday morning after a torrent of floodwaters swept her from a road in the northern Minyeh-Dinnieh district on Tuesday, where she was playing with her sister, according to Zaman al-Wasl’s reporter.

Minyeh municipality workers found the body of Fatma, who fled Aleppo province with her family to Lebanon, after intensive efforts by the emergency teams which were led by the Lebanese Army’s Intelligence Branch and the ISF.

The flooding, heavy winds and severe drops in temperature in Lebanon affected the spontaneous camps of Syrian refugees in the majority of the country’s areas, with over 50,000 people remaining in at-risk zones, the Office of the UN High Commissioner for Refugees (UNHCR) said.

“UNHCR and partners estimate that approximately 850 informal settlements, hosting 50,000 refugees, are at risk of flooding. The response is coordinated by the Ministry of Social Affairs and UNHCR, in close cooperation with affected municipalities”, the report read.

In live broadcasts on local TV, drivers were seen marooned on the Dbayeh highway. Civil Defense personnel launched rafts into the waters to rescue people from their vehicles.

Images broadcast on TV also showed people in the neighborhood of Hay al-Sellom in Beirut’s southern suburbs attempting to cross the street, knee-deep in muddy waters.

However, the Internal Security Forces later issued a statement saying that there was no public safety threat and that the water was leaking from a section of the bridge that was under maintenance.

The Lebanese Red Cross (LRC) reported that it had dispatched 581 emergency teams across the country to respond to weather-related incidents, including the injury of 49 people in traffic accidents.

The LRC said it has saved 703 refugees from five settlements in northern Lebanon that have flooded since the storm began.

The United Nations refugee agency released a statement saying that at least 66 informal Syrian refugee settlements have been heavily impacted by the flooding, 15 of which were completely flooded or collapsed.

The statement added that heavy snow has blanketed camps in the Bekaa Valley and that around 300 refugees have been relocated to the Bekaa area and in the north.

Caretaker Minister of State for Refugee Affairs, Mouin Merehbi, directed caretaker Social Affairs Minister Pierre Bou Assi to temporarily transfer refugees affected by the storm to other settlements and asked mayors to begin operations to remove floodwaters from the camps.