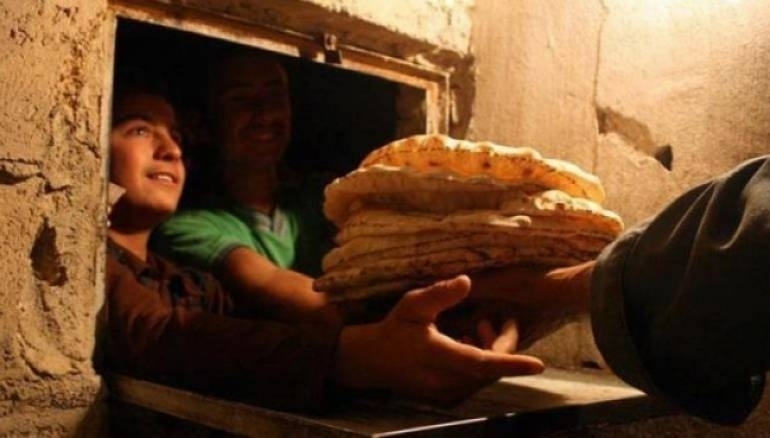 The Syrian regime has allowed the entry of some bread to the embattled town of Moadamieh al-Sham near Damascus after almost two months of siege, causing the death of four children and an elderly person.

“The regime allowed families only to have bread. Each family had only one bag of bread as they are distributed according to family books”, reported Mohammad Nour, a member of the town’s media center.

Nour claimed security members at barriers humiliated people by searching their clothes in a rude way, while inspecting the bread bags fearing the smuggling of anything extra loafs of bread or biscuits.

The Syrian regime closed the only entrance to Moadamieh on February 17, after the town failed to allow state media in the city to show that it had returned to regime control. Instead, people demonstrated and shouted pro-revolution slogans.