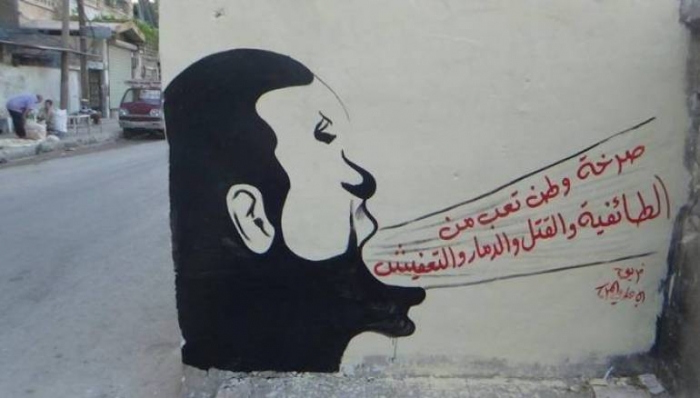 A state of anger is prevailing in regime-controlled areas of western Aleppo city due to a rise in the looting of homes by loyalist shabeeha groups after locals evacuated the area.

Looting incidents have increased in many areas of Aleppo, like the Hamadaniyah neighborhood, with locals requesting the Sharia court issue rulings to prevent the sale and purchase of products by shabeeha militants in the streets.

Dr. Kamal Jafa, an economist and regime-loyalist, has called on religious figures via his Facebook page to issue orders outlawing the buying of stolen products.

Jafa’s call has found some public support, with the Imam of Aleppo’s Al-Abara Mosque having mentioned the matter in his latest Friday prayer, explaining that trading in stolen products, like those exhibited by shabeeha in the streets, is banned under Islamic law.

Ibrahim Ismael, a shabeeha commander, has stated that he considers the stolen items as “war prizes” for people from the coastal regions who defend Aleppo.