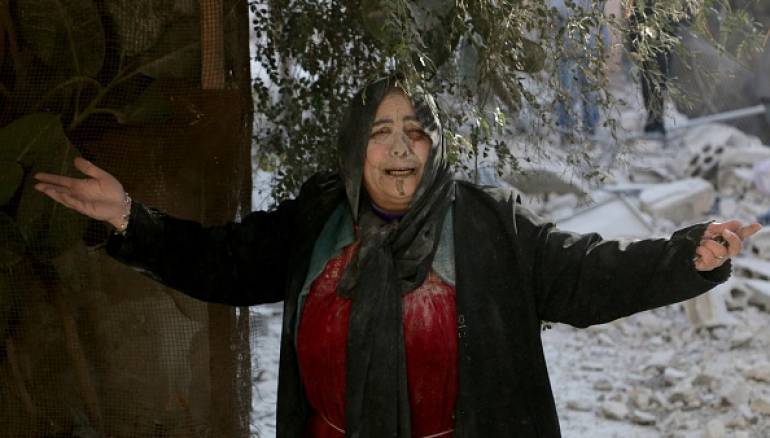 At least 16 civilians were killed in southern Suweida province when Russian warplanes struck a village on the border with Jordan, a spokesman for a U.S.-backed rebel group said.

Saad al-Haj, spokesman for Jayish Usud al-Shariqiya (Army of the Eastern Lions), formed of tribesmen in eastern Qalamoun, said the strikes hit the village of Al-Qahef northeast of Suweida city. Those who were critically wounded were transferred to Jordanian hospitals, Haj added.

Russia, a key ally of Damascus, has for weeks been providing an aerial cover for regime troops and allied militias fighting the Islamic State (ISIS) and moderate rebels along the border with Iraq and Jordan.