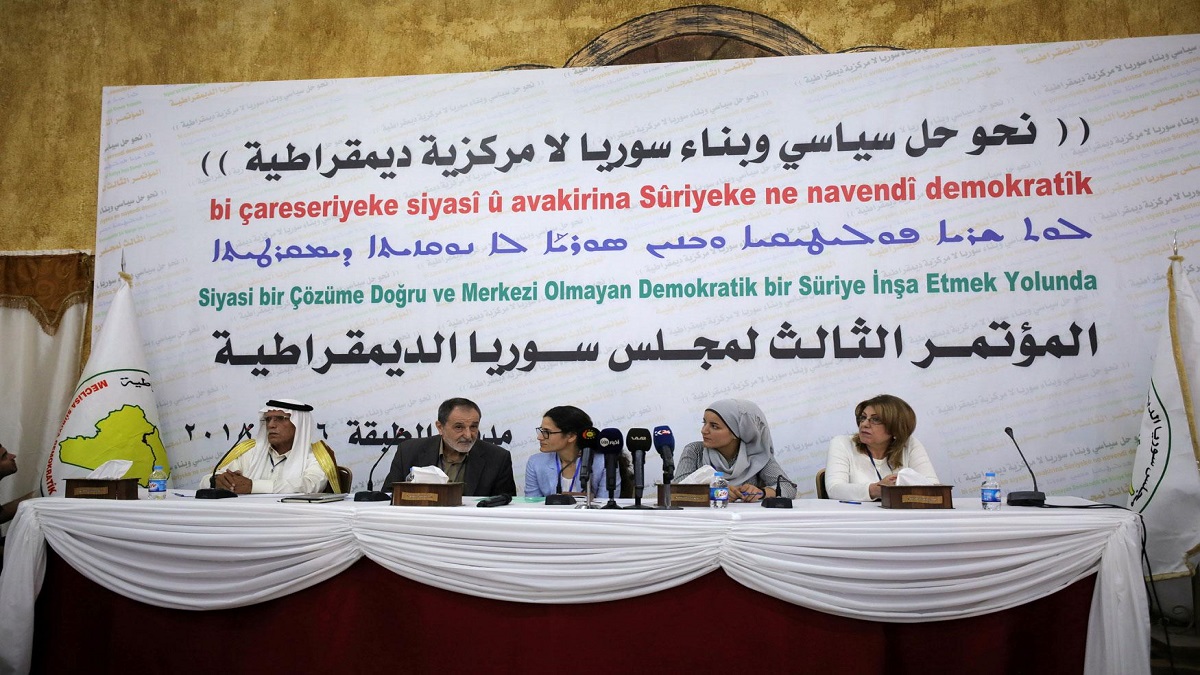 Ibrahim al-Qatfan, one of the meeting’s participants, said that the meeting was held in the office of National Security, which is headed by Ali Mamlouk, and lasted for several hours. In 2017, Mamlouk previously proposed self-rule by the Kurdish People’s Protection Units in northern Syria in exchange for withdrawing from majority Arab areas.

The delegation which met regime officials included the Syrian Democratic Council, the Future Syria Party, and others from al-Tabqa, al-Jazira and Raqqa, according to Qatfan, who told Rudaw that the meeting was held with “international sponsorship” and that it was at the invitation of the Assad government, as he put it.

According to Qatfan, regime and SDF delegation officials discussed “the Self-Adminstration, local administration, and decentralization, which links these two administrations.”

On Saturday, the US-backed Syrian Democratic Council announced that it had agreed with the regime to form councils to advance the negotiations between the two sides with the aim of developing a road map that would lead to “decentralized” rule in Syria.

Qatfan said that the Syrian Democratic Council had demanded that the SDF be part of the national army that protects Syrian territory, as he put it.

The Syrian Democratic Council delegation carried a demand for the Assad regime that space be given for them to participate in drafting a new constitution for Syria, while also demanding that the regime respects the “freedom of people to learn the languages they desire, such as Kurdish, Circassian, Syriac Assyrian, and Turkmani, and that there be respect for languages and the fact that it is anyone’s right to learn their language and to practice their historical rituals and holidays.”

On Friday, the joint president of the Syrian Democratic Council, Riyad Darar, said that the council did not have “any preconditions for negotiations”, adding that the talks would focus first on the “services side in northern Syria, and then the political and military situation would be discussed depending on the course of the talks.”