Among a flurry of appointments, Major General Ali Mamlouk has been promoted to deputy to the president, in a move that will increase Russia's hold on decision makers writes Al-Modon. 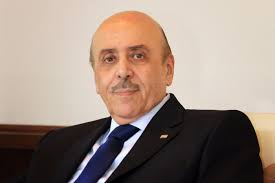 On Monday morning, a Syrian diplomatic source told Al-Modon that a decision had been issued to officially appoint Major General Ali Mamlouk as deputy to the president of the republic. Major General Mohamed Deeb Zeitoun will be transferred in Mamlouk’s place to the head of the National Security Bureau.

Sources told Al-Modon that Zeitoun, a personal friend of Assad and the former head of the General Intelligence Directorate—as well as one of Russia’s faithful men—would take over the National Security Bureau following his friend Mamlouk, as a promotion and reward from the Russians for strengthening relations between the State Security Directorate and the Russians over the last two years. Zeitoun had put the directorate completely at Russia’s disposal.

The Russians actively stand behind the fundamental changes in the four Syrian intelligence agencies which have taken place over the last three years as part of a plan in a chain of measures that began with Russia taking control over the chief of staff of regime forces and the General Intelligence Directorate and then moved on after that to taking control of the Military Security Directorate and finally the Air Force and Political Intelligence.

The names, which have been changed, were put on Assad’s table about ten days ago, according to a source, and after that he met with a group of the officers who would be transferred to the general staff, with Ali Mamlouk and Russian advisers in attendance. Major General Jamil al-Hassan who was excluded, who had been given an offer by the Russians outside the planned changes, to fight Iran and coordinate with Israel in exchange for remaining in his position.

The changes came within a package made by Russia, and signed by Bashar al-Assad. Major General Hussam Louka was appointed head of the Political Security Agency.

In the past years, Louka has been between the ranks of Political Security and State Security and is now the head of the General Intelligence Division, which formerly served as its chief aide.

Major General Nasser al-Ali assumed the post of head of the Political Security Division, replacing Major General Louka, who personally nominated him as his successor, according to private sources.

But the secret lies in that the three figures—Louka, Ali and Ismail—who had been appointed as heads of the intelligence directorates have positions that are in favor of the Iranian presence in Syria, and are in high level contact with Revolutionary Guard officers and commanders of the Lebanese militia Hezbollah, and they are known to be part of the tight-knit circle in the regime’s sectarian Alawite structure.

A high-level security source told Al-Modon that the Russians are unable to carry out a total change, especially in sensitive positions such as the heads of the intelligence agencies which require figures with major experience and security history. They have therefore relied on a policy of “taming” with regards to sensitive figures such as Louka, Ali and Ismail, and, “appeasing them with positions they would not have dreamed of, if not for Russia’s satisfaction with them.”

Al-Modon’s sources added that all of those who had been appointed were fully aware that the Russians could remove or eliminate them if they do not submit to their orders and that they had to stay away from coordinating with the Iranians.

Al-Modon’s sources believes that Mamlouk, who would become the Vice President for security affairs, will have a major role in the coming period, especially in terms of foreign communication and public political meetings, separate from his secret meetings in many countries in recent years.

Al-Modon’s sources said Brigadier General Dr. Ali Hassan Turkmani had been appointed as a security adviser at the presidential palace, putting him close to Assad.

Sources said that Turkmani’s appointment came in a civilian capacity and outside his military position.

Turkmani had recently begun a tour abroad to carry out intelligence missions in coordination with Assad, the Russians and Mamlouk.

Turkmani had been in the palace from the morning until evening and then moved his house from the Mezzeh area to a villa in the Yafour area in the Fourth Division and Hezbollah security square, which is inhabited by major regime officials.

Turkmani is the son of Major General Hassan Turkmani, who was killed in the “crisis cell” blast in 2012.