The Caesar Syria Civilian Protection Act hopes to put pressure on the regime and hold those who have committed crimes to account writes Pro Justice. 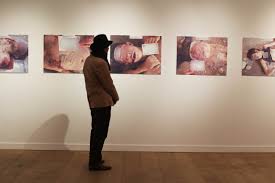 For the third time this year, the US House of Representatives has passed the Caesar Syria Civilian Protection Act and referred it to the US Senate for discussion and approval. If approved, it will be submitted to the US President to sign and become a law. For a bill to become a law in the US, it requires a majority vote in both the House of Representatives and the Senate, following amendments. If a bill receives a majority in both houses, then it is sent to the President for signing.

For Caesar’s law, the bill was approved by more than 300 members of the House of Representatives from various committees and from both parties, the Senate Foreign Relations Committee, and also secured approval from the White House, the State Department and the Treasury Department.

Caesar’s Law represents a two year joint effort by the Syrian-American community, which hopes to hold the Syrian regime accountable for the crimes it has committed against the Syrian people. The bill states clearly and specifically the internal Syrian situation such as detainees, transitional justice and political transition, while also highlighting the need to add economic pressure on the regime, its supporters and the central bank, which prevent any contact with international financial institutions. Anyone who assists the regime directly (militarily) or indirectly (through the portfolio of reconstruction) will be sanctioned. Finally, the bill requires the US administration to submit periodic reports on the implementation of this law.

If passed, the law will be an additional tool for the US administration to put pressure on Russia to advance the issue of the Constitutional Committee and prevent Russia and the countries that reestablish relations with the regime from making direct or indirect financial investments that support the regime. Additionally, the law will be a clear opposition to the Iranian occupation of Syria, as it links a large part of lifting these sanctions with Iran’s withdrawal from Syria. Increased pressure is expected on United Nations relief agencies to carry out humanitarian projects away from regime intervention or control.

Caesar’s Law is certainly a step forward in the right direction, and will help to besiege the Assad regime, which has so far destroyed a homeland, killed hundreds of thousands of Syrians, arrested and tortured many other thousands, displaced millions, changed demographic structures, destroyed infrastructure and promoted a culture of violence, hatred and societal division.

It is a step on the right track, but it is not what the Syrians aspire to. The Syrians (at least most of them) aspire to remove a regime of oppression and tyranny and take Syria towards a civil-democratic state, based on the rule of law and individual, cultural and religious freedoms. They aspire to justice by holding senior perpetrators of war crimes and crimes against humanity accountable and ensuring that they do not receive impunity.

Syrians want to get rid of the rule of the corrupt Assad family and hold them responsible for the crimes committed. They also want to liberate Syria from military occupations in all its forms, especially the Russian and Iranian occupation of Syria.

The Syrians want to see those who killed their sons and loved ones face the consequences for their acts.

Caesar’s Law does not achieve everything, and it should not be portrayed as a victory for justice in Syria. It is a good step on the right path, but the Syrian people must hold on to this and develop it until the day comes when they can see justice and their oppressors are judged and condemned.