For those detained in regime prisons, life is a nightmare of threats, torture and death reports Zaman Al Wasl. 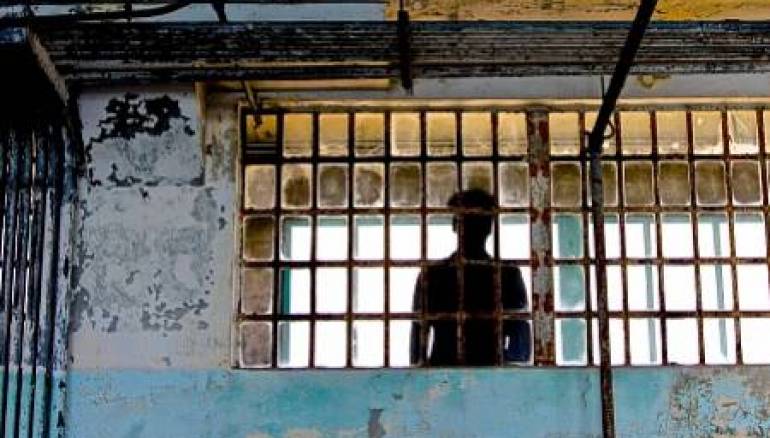 In the terrorist wing in Adra Central Prision, near the capital, we woke up to news of intensive bombings in Hama, the city where my children live. I was unable to communicate with them and I waited for news of them from any of the detained woman from Hama.

In the evening, regime officers brought a large number of women, who were detained by the security branches, including a woman from Hama province.

She briefly told us the story of her journey, from being arrested in the city, to being taken to the military branch in Hama, to the police station in Kafr Sousa in Damascus, and then to Adra Prision. She said that she never participated in any activities against the criminal Bashar al-Assad, yet she had been tortured and persecuted.

She spoke as if she were facing an officer, and as if she holds the revolutionaries and their families responsible for her own torment, ignoring all the crimes of the regime and their militias.

She asked me how to make a phone call to her family. I immediately gave her my phone card. I took out a piece of paper with phone numbers. She asked me to read her Abou Bilal’s number. I asked her who he was. She informed me that he’s her brother-in-law. I asked if he is an investigator in the criminal section and she said yes. I returned to my bed angry, as a huge and terrifying monster of a man, who lacks any compassion appeared before my eyes.

In the military security branch in Hama city, they threatened to bring in my three children and put them in jail and torture them in front of me. In order to avoid this, I signed their confessions. They placed me and my younger sister in the “criminal security wing” until we were transferred to Damascus.

For three black nights, we lived with the screams of a child. The first time I looked at my sister, I put my fingers in my ears and screamed Ghalib, my sister cried and said that it’s wasn’t Ghalib. I insisted that it was.

Abou Bilal, the jailer, opened the door of the cell carrying a stick in his hand. His voice filled with anger, he asked us why we screamed. My sister told him that the child’s voice sounds like the voice of my child. Mockingly, he said, “Yes, he’s her son. Come to see her.”

My sister helped me to get up and when I reached the torture room, I saw a little boy with cuts on his skin, his nails removed and the body cracked. He could not speak, confess or ask for mercy. While he wasn’t my son, he was too little to endure such torture.

I went back to my cell and closed my ears so that I could not hear the screams of the child. Afterwards, my sister woke me up to tell that the child had died.

The jailer told the prison doctor about the death of the child, and asked him to tell his family to collect the body. He noted that this would be the last time they took part in demonstrations against the regime.

The eleven year old child died while being torture, leaving behind a lost compassion and humanity.