As Erdogan continues to threaten the European Union with a fresh wave of migrants, Damascus is urging Europe to act sensibly and restore relations with Bashar al-Assad writes Al-Watan. 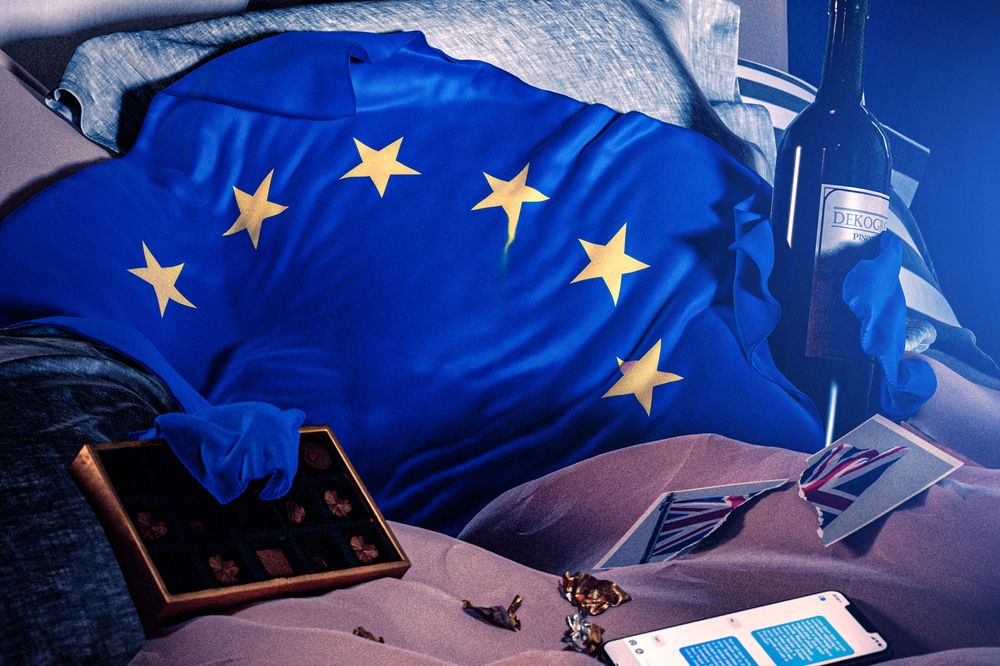 Even as the world is preoccupied with how to confront the threat of the coronavirus spending and states of emergency are declared in most countries in the world, Europe has declared a state of emergency of another kind—that is, one to determine how to confront the hostile threats and strategic blackmail by Turkish President Recep Tayyip Erdogan. He announced that he would allow displaced Syrian people to pour into Europe, while citing the renewal of military operations in Syria in violation of the agreement that had previously been signed between the European Union and Turkey—a move Europe considers a direct threat to its security.

Recently, he was invited to an emergency meeting in Brussels, either in person or via Skype, away from the media and attended by ambassadors and dignitaries with weight in European Union policies, as well as the heads of military and social research centers. They were to discuss the risks posed by the Turkish regime’s tumultuous policies towards Europe and develop recommendations that would help Europe avoid this imminent danger.

The attendees agreed to the description of the risks and to taking seriously the recommendations that were developed.

In the description of the risks, the attendees agreed to describe the refugee issue as Turkish political pressure being used against the European Union—especially given that Turkey is considered a safe country and is receiving the necessary assistance to preserve the lives of refugees where they are. Here the question arises: How can Erdogan express his concern for the security of civilians in Idleb city and its environs while he himself gives orders to throw displaced Syrians into the seas and force them to face death by drowning, in what looks like an act of premeditated murder?

Given that, there appears to be a new Turkish policy towards the European Union based on strategic political, economic and even security blackmail against Europe. The issue of European money is no longer a priority for Ankara.

In the recommendations, the emergency Brussels meeting called for a shift in European policy towards the Syrian crisis and asked France and Germany to directly discuss means for a political settlement with Syria—specifically with President Bashar al-Assad, and not with Erdogan’s Turkey. The recommendations emphasized that the main source of threat to Europe’s security—socially and even economically—is Erdogan’s own policies and irrational and irresponsible actions, which are a form of blackmailing Europe’s security and society.

The recommendations also called on France and Germany—as representatives of the political, economic and security weight of Europe—to try to open the door for direct dialogue with Damascus, publicly and officially, in order to make way for increased security cooperation that preserves Syrian rights and recognizes the serious and effective role of the Syrian state in combating terrorism.

Europe should take the initiative to turn towards Damascus, and take a different course from the American-Turkish track, taking into account the recent shifts on the field, building on them and considering them to be progressive strategic changes as a result of the Syrian leadership’s determination to fight the fight against terrorism until the end, starting with the liberation of the countryside of Damascus and Ghouta and extending to Palmyra and Maarat al-Nu’man, up to Saraqeb and Idleb’s environs, with the turn coming to liberate east of the Euphrates.

What the Syrian state is doing is in the interests of the European Union’s security and in the interest of strengthening regional security. Syria and Europe face a common threat because Syria is fighting terrorism on behalf of the Arab people, but also for the sake of Europe and in the interest of global security. The issue is a matter of strategic vision and European leaders are supposed to look at the reality of the situation impartially. Behaving differently towards Syria and heading to Damascus is more secure for Europe and less costly than relying on Erdogan, with his skillful extortion.

The Europeans have realized that Erdogan is not the right person to solve the migrant crisis because he himself is the problem. He will be the cause of the waves of Syrian immigrants towards Europe, and there are many questions about him using displaced Syrians as a devastating weapon, directed towards Europe, with the intention of getting the most money possible from European countries to help its faltering economy.

European countries must stand firm. Continuing to appease Erdogan, with his illegal policy that is devoid of humanity, will make Europe hostage to strategic extortion, the use of which Erdogan has mastered in financial and security terms, armed with the card of displaced people. Or it can turn towards Damascus—after that proved to be the most secure option.