The Syrian army has deployed at the "Point Zero" of the Bravo borderline with the occupied territories of the Syrian Golan, according to Athr Press. 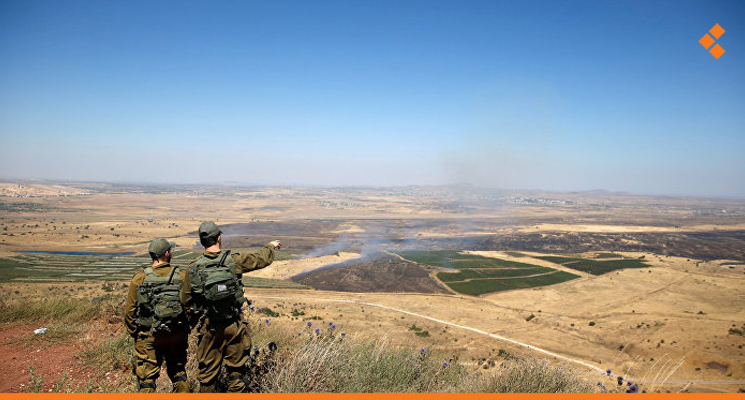 After the recent operations in Daraa and settlements in the Yarmouk Basin’s villages, the Syrian army continues to deploy in the far southwest of Syria. The deployment occurs at the triangle formed between Syria, Jordan, and the occupied Golan, in the western countryside of Daraa.

Sputnik reported that the Syrian army has deployed in its most strategic positions in that area, namely “Point Zero” of the Bravo borderline with the occupied territories of the Syrian Golan.

Point Zero is called “al-Jazeera Point”, located west of the town of Maaraba. This is the last town of the Yarmouk Basin located within the triangular area overlooking the occupied Syrian Golan. The area is located east of Lake Tiberias to the west, and — on Jordanian territory — the Jordan Valley, the Yarmouk valleys, and other dividing areas in the south.

The town of Maarba also overlooks the last southern part of the Bravo line, an arbitrary line established by the United Nations after the October War, in 1974. The line serves as an eastern border for the buffer zone between the Syrian and Israeli armies. The Bravo Line meets the Alpha Line from westward, in the occupied Golan.

The Syrian army, the Haganah forces, and the border guards have also been deployed to their outposts, intended to secure the border area with Jordanian territory, as well as with the occupied Syrian Golan.