Russia asks Israel to convince the U.S. on Syria, COVID19 wreaks havoc, and an anti-ISIS operation by the SDF. Catch up on everything that happened over the weekend. 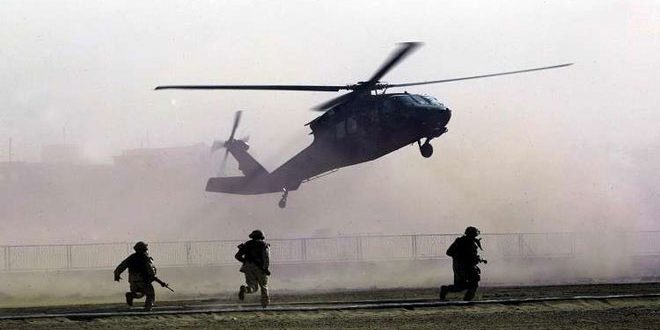 Russia has asked Israel to push the United States to agree to hold trilateral talks on the ongoing conflict in Syria, the Israeli Walla news site reported last week. According to the report, Russian Foreign Minister Sergei Lavrov raised the topic during a meeting earlier this month in Moscow with his Israeli counterpart Yair Lapid. The report follows recent reports of tensions in the Israel-Russia relationship over policies toward Syria. Israel’s freedom of action in Syria was seriously curtailed after Russia provided advanced S-300 air defense batteries to Syrian President Bashar Assad’s forces following a 2018 incident in which the Syrian army, aiming at Israeli jets, knocked a Russian plane out of the sky instead, killing all 15 people on board.

Syrian Ambassador to India, Dr. Riad Abbas called on Indian companies to invest in Syria and take advantage of opportunities available for friendly countries, which have stood by the Syrian people, in the reconstruction process. Abbas’s remarks, SANA reported, came during a meeting at the Indian Center for Technology and Global Trade on the global trade relations and how to develop them and overcome obstacles they face. He called on companies participating in the meeting to visit Syria and explore opportunities for investment in the country with the government and the private sector for the benefit of both countries.

North Press reported that the U.S. House of Representatives rejected an amendment proposed by the Democratic Congressman Jamaal Bowman aiming at ending the presence of U.S. forces in Syria, a year after the legislation was activated. The activation of the amendment required the approval of the majority of the Congress members, but 286 members of the House of Representatives voted to reject it and 141 supported it.

On Saturday, the Syrian Democratic Forces (SDF), with the support of the Global Coalition, conducted a security operation during which they arrested a dangerous sleeper agent of the Islamic State (ISIS) in the eastern countryside of Deir-ez-Zor, exclusive sources told North Press. During the security operation, five militants were arrested in the towns of Jadeed Akidat and al-Sabha; all weapons in their possession were confiscated and they were transferred by the security forces for investigation, according to the sources. During the investigation, it was revealed that “the sleeper cell was planning to create explosions in a prison for ISIS detainees to facilitate their escape,” according to the sources.