Military Security's General Louay al-Ali was subjected to "humiliation" at a checkpoint belonging to the Fifth Division of the Syrian Army in Daraa, according to al-Hal. 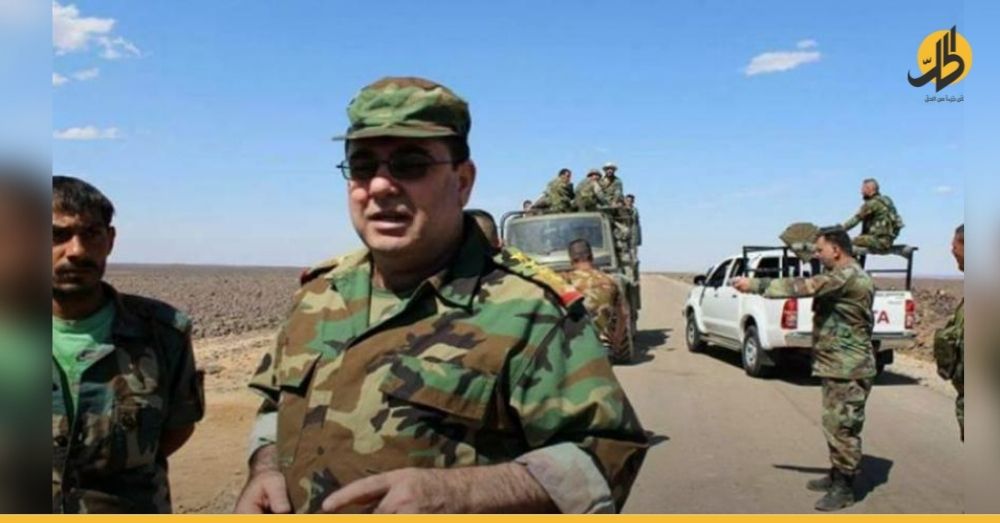 Syrian activists circulated, on social media, the story of the military security brigadier General Louay al-Ali being subjected to “humiliation” at a checkpoint belonging to the Fifth Division of the Syrian Army in Daraa.

Pro-government activists condemned Brigadier General al-Ali and the head of the military security branch in Daraa, considering that he “deserves what happened to him as a result of his attack on the checkpoint and the death-threats he addressed to an army officer.”

On Tuesday, the town of Sheikh Saad, in the northern countryside of Daraa, witnessed an exchange of fire between soldiers of the crossroads checkpoint –a joint checkpoint between the Air Force Intelligence and the Fifth Division, and members of the Masaken Jilin roundabout checkpoint of the military security.

The clashes came as a result of the insult addressed to the head of the Military Security Branch at the hands of an officer with the rank of lieutenant in the Syrian army.

Regarding the details of the incident, the website of the Ahrar Houran Gathering reported that: “Brigadier General Louay al-Ali headed to the Masaken Jilin roundabout — affiliated with the Fifth Division– accompanied by a patrol of the Russian Military Police, and the leader of the Central Committee, Mahmoud al-Bardan. Several complaints were then received from residents against the officers in charge of the checkpoint. The complaints came as a result of violations committed by the officers against passers-by at the checkpoint, and the imposition of royalties on cars.

After the development of the verbal clash, lieutenant Nour Salamah shot the car of the head of the Military Security Branch.

The leader of the Central Committee proceeded to threaten to kill the lieutenant, saying: “I killed 100 of the ISIS militants and I’m not afraid to kill one more”, according to the source.

The loyalists rejected the death threats addressed to the lieutenant by a member of the Central Committee. Most of the comments were in favor of the lieutenant’s conduct.

Commenting on the incident, Ola Zaarouf said: “If this story is true, then the lieutenant is a true man. May God protect him, all these generals are traitors.”