Raids on the city Afrin, which is held by Turkish-backed groups, targetted a hospital, killing 18 people and wounding many, according to Asharq al-Awsat. 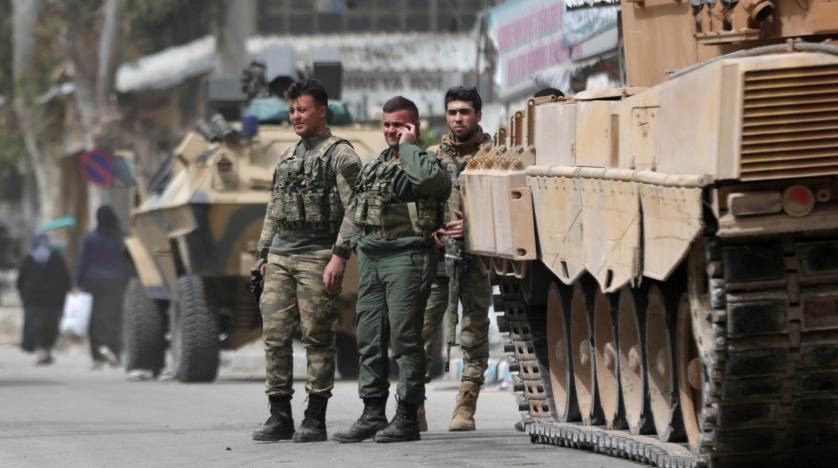 Shelling in the opposition-held city of Afrin in northern Syria killed at least 18 people on Saturday, many of them as a result of a strike at a hospital, a war monitor said. The Syrian Observatory for Human Rights said a doctor, three hospital staff, two women, and two children died at Al-Shifaa hospital in the city held by Turkish-backed opposition groups.

An opposition commander also died at the hospital, the Observatory said, adding that 23 people were injured. An AFP correspondent shot footage of white-helmeted aid workers in the hospital’s courtyard strewn with bodies.

“The shelling targeted several areas of the town and hit the hospital”, the Observatory’s director Rami Abdel Rahman told AFP.

“Most of the victims died in the shelling of the hospital,” the monitoring group said in a statement, warning the casualty toll could rise further with some of the wounded in a critical condition.

The artillery fire originated from the northern part of the Aleppo province “where a militia loyal to Iran, and the (Syrian) regime are deployed, near the zones run by Kurdish forces”, the Britain-based group said.

The Kurdish-led Syrian Democratic Forces (SDF) issued a statement denying any involvement in the shelling.

Syrian regime shelling on the opposition-held Idleb enclave killed 12 people Thursday, one of the deadliest violations of a 15-month-old ceasefire, the war monitor said.