The escalation between the warring parties in Northern Syria accelerates as Iran, Russia and Turkey prepare for another round of talks in Astana, according to Al-Araby Al-Jadeed. 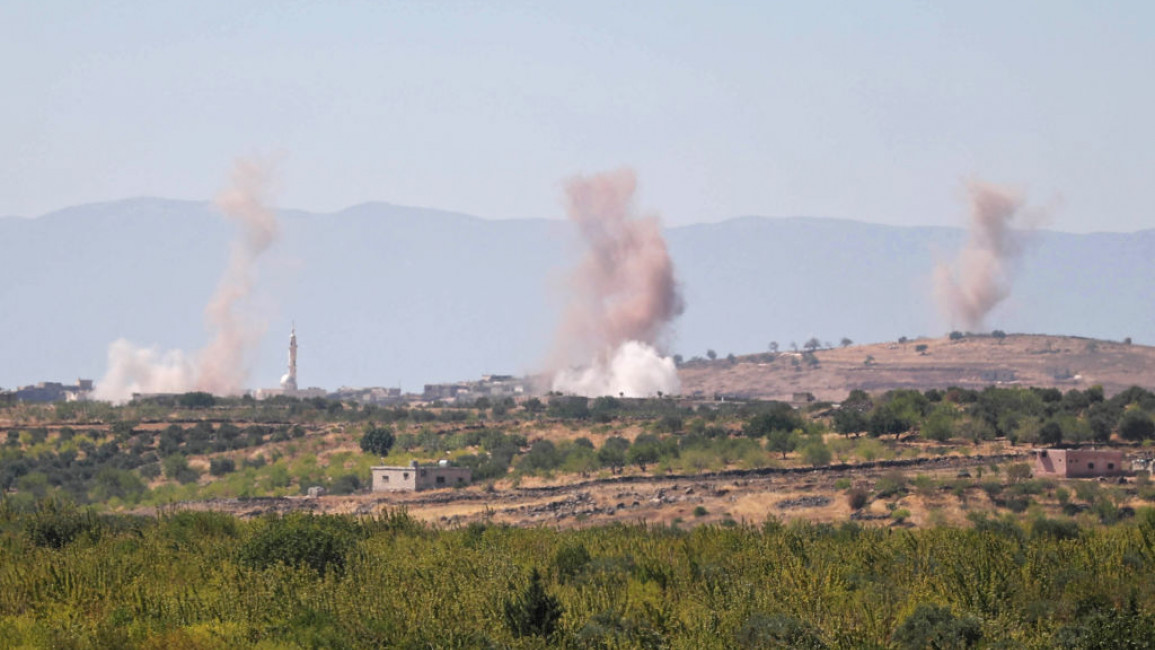 Syrian regime forces intensified their shelling of the southern area of the Idleb province on Monday evening and Tuesday morning, targeting towns and villages in the vicinity of Turkish observation posts, killing three people including a child.

Syrian activist Mohammed al-Daher told The New Arab’s Arabic-language service that regime forces targeted more than 20 towns and villages in the area on Monday, killing one person in the village of Balyun and another in the village of Sunbul.

He added that regime forces had also shelled the rebel-held Sahl al-Ghab area of the Hama province.

Another activist, Bilal Bayyoush, told The New Arab’s Arabic service on Tuesday morning that the regime bombed a house in the village of Iblin in Jabal al-Zawiya, killing a child and wounding two others.

Daher said that regime forces had targeted Turkish observation posts, near the frontline with rebels, with Russian-made Smerch rockets, that have high destructive power.

Turkish forces on Sunday evening shelled a Syrian regime base in the Hama province as a response to previous attacks by the regime, which killed one civilian and injured two others, including a young girl.

Turkey maintains several military observation posts in rebel-held northwestern Syria and has in the past week sent reinforcements there in response to renewed regime shelling of opposition-held areas.

A ceasefire has theoretically been in place in the province of Idleb since March 2020, but it is frequently violated by the regime and its Russian ally.

Colonel Mustafa Bakkour, a spokesman for the Jaysh al-Izza rebel group told The New Arab’s Arabic-language service that the regime and Russia had escalated attacks in the Idleb province in the run-up to a new round of talks on de-escalation between regime and opposition forces in the Kazakh capital Nur-Sultan, formerly known as Astana.

“We have become used to Russian military escalation before every round of Astana [talks], as part of the Russian pressure on Turkey for concessions on the Syrian issue. Today the shelling began to target the Turkish observation posts in the southern part of the province of Idleb,” Bakkour said.

Russian President Vladimir Putin’s envoy to the Middle East and North Africa, Mikhail Bogdanov, said on Friday that the 16th round of the Astana talks would take place by the end of June. Turkey, which supports the opposition, and Russia and Iran, which back the Assad regime, are expected to attend.

Elsewhere in Syria, three regime soldiers from the elite Fourth Division, including an officer, were killed in an ambush by Islamic State group militants near the ancient city of Palmyra in the eastern part of the province of Homs.

A suicide bomber also blew himself up in the main market of al-Rai on Monday in the north of Aleppo’s province, killing a refugee and injuring nine civilians. The area is under the control of Turkish-backed Syrian fighters.

The Syrian conflict began in 2011 after the brutal suppression of pro-democracy protests by the regime of President Bashar al-Assad. More than 500,000 people have been killed and millions more displaced since then, mostly as a result of regime bombing of civilian areas.