Another former leader of the Free Syrian Army has been struck down by assassins, as he travelled from Damascus back to Daraa reports Alsouria Net. 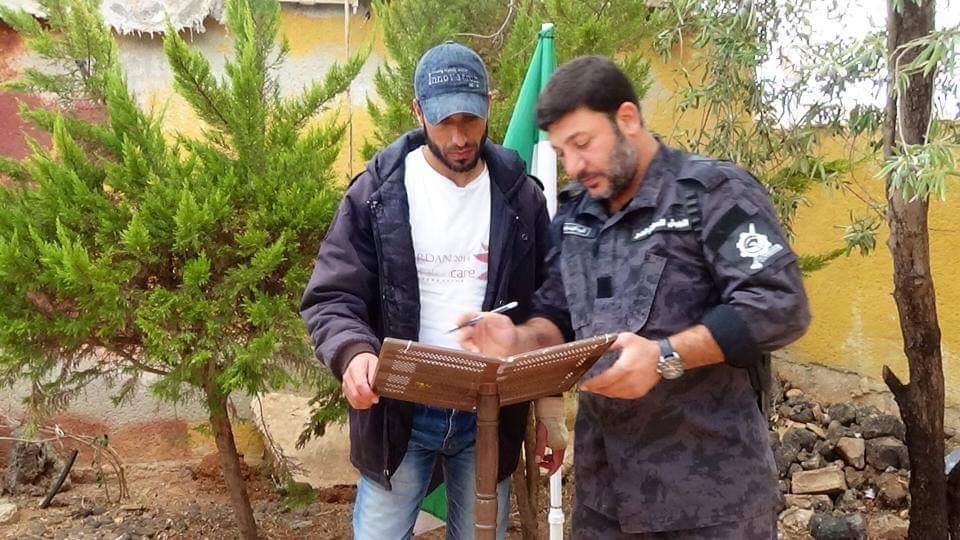 On Wednesday, unknown persons assassinated former Free Syrian Army leader, Adham al-Karad, on the road linking Damascus and the Daraa countryside. Several other people were also killed as they returned from Damascus on the Sanamayn road.

The Horan Free League reported, according to eyewitnesses, that a white van tailgated Karad’s car and his companions and tried to get them to pull over. Karad’s car veered off the road when another black van drove by it. The black van contained a group of armed men who shot Karad and his companions using machine guns before they set the car on fire.

The people of Daraa have pointed fingers at the Assad regime and its intelligence service, who were aware of the trip to Damascus and knew the date of their return, according to Horan Free League.

Karad was considered one of the most prominent military figures in the ranks of the Free Syrian Army, back when the factions controlled southern Syria, before the regime and Russia took control of it as part of what was known as the settlement agreement in 2018.

After that, Karad continued to criticize the policy of the Assad regime and Russia in Daraa, blaming them for the security chaos and assassinations and highlighting their failure to implement the terms of the settlement agreement, including the release of detainees and tracking down the leaders who agreed to the settlement.

At the end of last month, Karad threatened Russia and the regime with an escalation of the situation in Daraa if the demands of the city’s residents are not met.

In his last post on Facebook last Saturday, he commented on the fires along the Syrian coast and criticized Russia for not helping the regime in extinguishing them.

Karad wrote, “Lying Russia once sent its planes to extinguish fires in Israel. Now it stands by idly watching those who called it a friend or ally. The Russian occupation is no one’s friend.”

The former leaders were buried in Daraa on Thursday. Hundreds of people from Daraa attended the funeral, where mourners gathered in the yard of the al-Omari Mosque in the center of Daraa al-Balad, chanting slogans to topple the Assad regime, amid intense shooting.

Since the settlement agreement was signed in 2018, Daraa Governorate has witnessed repeated assassinations of former leaders of the opposition factions. The Daraa Martyrs Documentation Office documented 76 assassinations and assassinations attempts, indicating in a report on Thursday that the operations resulted in the killing of 42 by direct fire, detonation of IEDs, or execution after kidnapping.