General Suleiman Muhammad Khalouf was found dead in his office, two hours after giving a speech about the Caesar Act writes Baladi News. 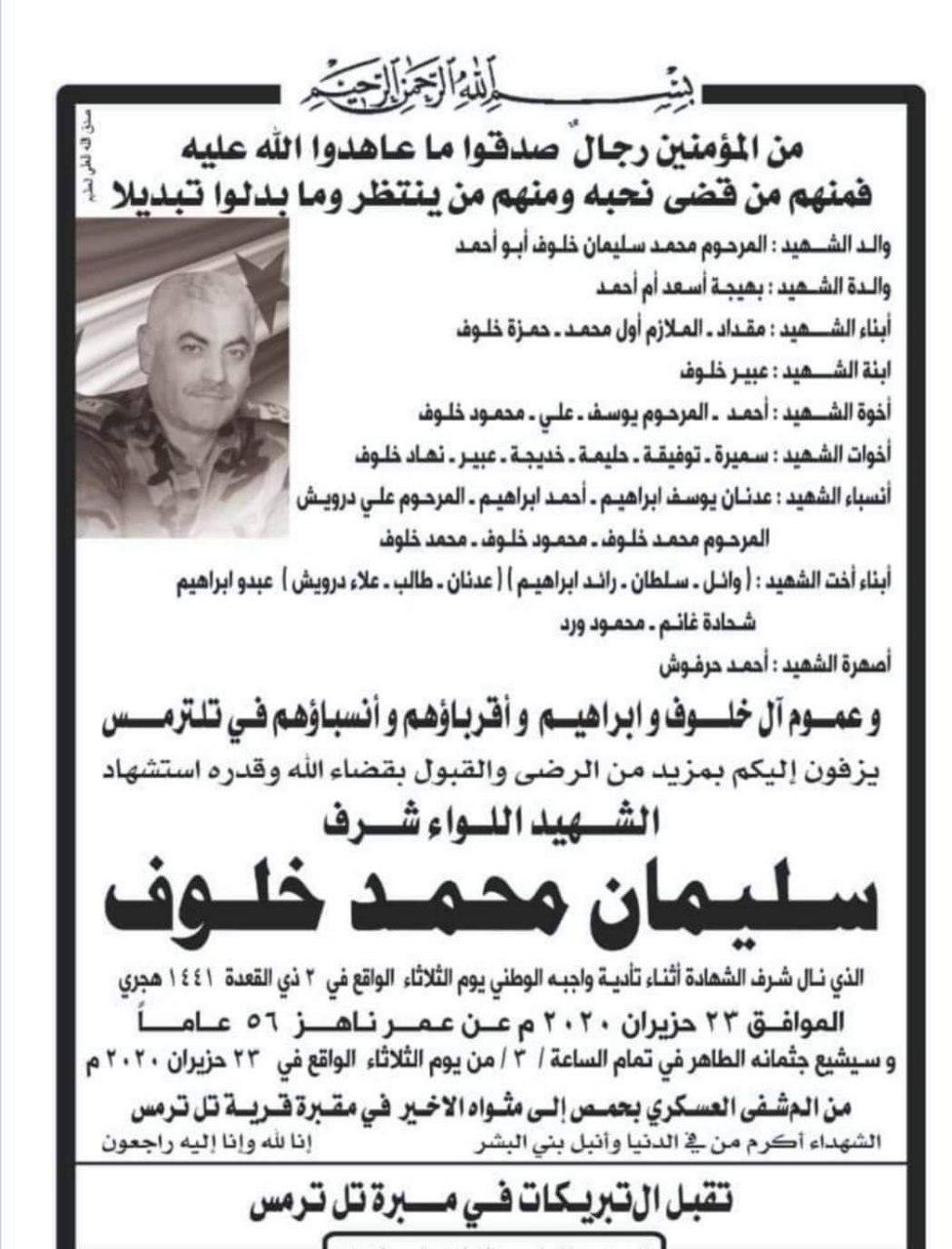 Pro-regime news pages mourned the death of Gen. Suleiman Muhammad Khalouf on Tuesday, without specifying the location or cause of his death.

The pages shared news that the prominent general had been killed. He had worked as Director of the Signal College in Homs.

Informed sources indicated that Khalouf was killed in his office after attending a morning meeting at his place of work, and speaking about the Caesar Act, saying that it would not impact Syrians.

Sources added that after the meeting, Khalouf entered his office. He died two hours later.

Khalouf comes from the village of Tel al-Tarmas in rural Homs. He is originally part of the Haddadin tribe, which many generals who worked with Hafez al-Assad came from—including Salah Jadid. Also from this family is Rami Makhlouf, whose assets and money were seized by Assad, igniting threats and intimidation between the two sides that have reached a large number of Alawites.

According to media reports, Makhlouf has the loyalty of high-ranking officers in the regime’s forces, and as such is able to use them against Assad if necessary.