Fighting between shabiha militias and the regime security agencies has intensified, after a campaign that targeted the former writes Brocar Press. 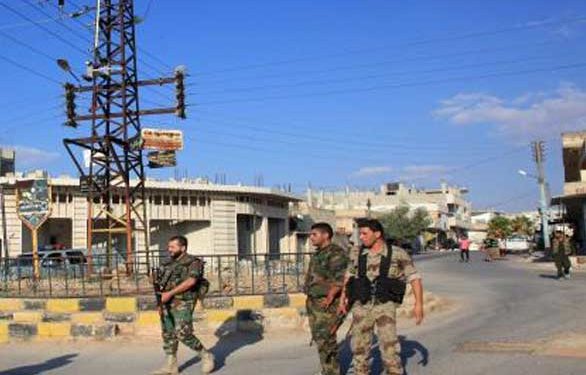 A number of regime fighters were killed and wounded, including an officer, when fighting broke out with shabiha militias in the city of Salhab in the western Hama countryside, after the killing of a district director in the city.

Loyalist media reported that a fighter was killed and another wounded in police ranks, and that seven were wounded among those who were described as “wanted men and outlaws” during a campaign by regime agencies in the city on Wednesday.

According to loyalist pages, those wounded included Colonel Akram Nafya, head of the Criminal Security branch in Hama.

The city has seen tensions between regime shabiha militias and regime security agencies after a campaign by district commander Captain Mohannad Ali Wassouf, against wanted men and outlaws among the shabiha, escalated after armed men attacked the director and killed him on Tuesday morning.

Loyalists pages said that an armed group of those they described as outlaws and wanted men attacked the place where Wassouf worked and killed him after his recent attempts to pursue people wanted by the security agencies and police in the area.

The Salhab district is known for the proliferation of loyalist militias and groups, acting as a human reservoir for the regime, amid a security breakdown and the spread of arms, which has led to repeated killings, thefts, and fighting among groups.