Despite the original plan of a withdrawal, a convoy of US forces have been seen entering Qamishli reports Enab Baladi. 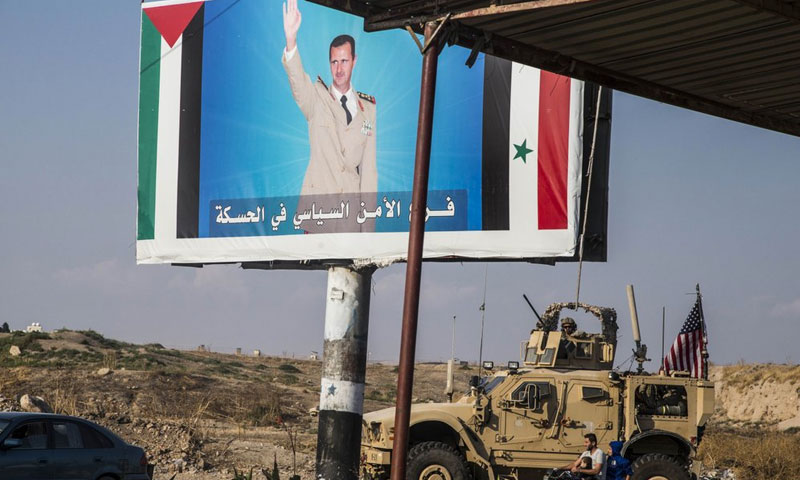 An US convoy composed of a number of armored vehicles entered the city of Qamishli through a checkpoint controlled by Syrian regime forces.

On Wednesday, the Russia Today channel published a video showing nine military vehicles heading to the Hemo Base, west of Qamishli city.

The recording showed some regime forces organizing the passage of the US vehicles alongside images of regime president Bashar al-Assad.

The channel said that the US forces were the first of their kind to enter Qamishli since the withdrawal of US forces from some areas.

The last few weeks have seen the redeployment of US forces in accordance with the agreement with Turkey regarding a withdrawal of the Kurdish People’s Protection Units (YPG) from the Turkish border at a depth of 30 kilometres.

In October, US President Donald Trump said that American forces were withdrawing from areas under the control of Kurdish forces in northeastern Syria after the start of the Turkish Operation Peace Spring.

But he later said that American troops would remain in the area to protect oil wells, while the US Chairman of the Joint Chiefs of Staff, Mark Milley, put the number of forces who would remain in Syria at between 500 and 1,000 soldiers.