A number of families in Daraa and Suweida have had members kidnapped by gangs and have responded with retaliatory kidnappings reports Al-Modon. 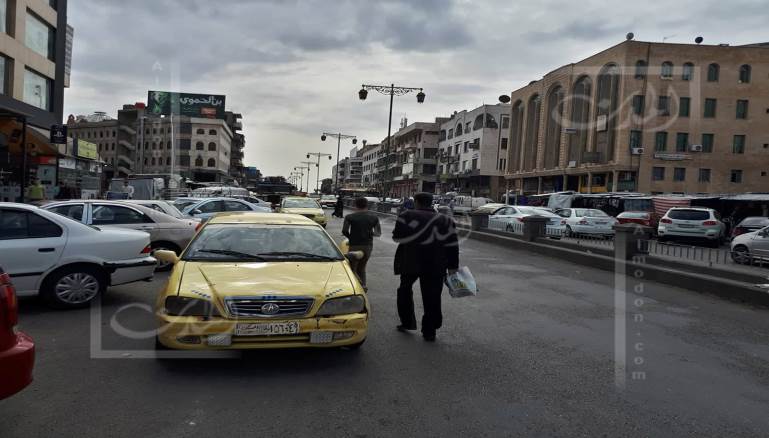 Daraa and Suweida have seen a rash of kidnappings and counter-kidnappings, according to Al-Modon’s correspondent Zain al-Halabi.

Local gangs in Suweida have captured more than 20 people, demanding ransoms for their release. These included four people from Daraa, whom mediation and appeals have failed to get released. After the gangs sent video clips showing the prisoners being brutally tortured and sexually assaulted, the families kidnapped five Druze from Suweida when they were crossing into Daraa, in various circumstances, with the aim of putting pressure on the gangs. The family of one of the new captives from Suweida responded by setting up checkpoints between the two provinces and kidnapping three people from Daraa, which raised tensions in the area.

Relatives of the captives from Suweida gathered in the Druze Dar al-Taifa (the official headquarters of the Druze) with two sheikhs, Youssef Jarboua and Hamoud al-Hanawi, and a number of city notables, and called on them to intervene to get their relatives released before matters escalated. Jarboua responded by saying that he would call for a decisive resolution to the security chaos in Suweida from high-level entities in the regime. Jarboua said that the behavior of the gangs had caused reactions in Daraa, adding that there were communications with notables there to contain the situation.

Al-Modon has learned that Sheikh Jarboua contacted officials in Damascus and informed them that the situation was very tense, stressing the need for the regime to play a role in imposing security, and criticizing the absence of the security agencies in confronting the kidnapping issue.

Louay al-Atrash called for a general meeting in Daret Iraq, including leaders of Suweida families and village notables to discuss public affairs and to find solutions to stop the gangs’ persistence. He said that he would propose a document, that aims to remove the cover from everyone participating in kidnappings, theft, banditry and drug dealing. Atrash said that those who did not heed the call would be partners of the gangs, whatever their social status. Al-Modon’s sources said that the meeting would be held in the coming days.

Al-Modon’s sources say that regime security agencies have been stoking the divisions between Suweida and Daraa, with camera recordings during the kidnapping of a Suweida resident showing the involvement of some members of the Ariqa gang in the incident, a month after one of its members settled his status with the regime security agencies under the auspices of the Humat al-Diyar militia commander and ensured by the mufti, Ahmed Badr Eddin Hassoun, and blessings from the security committee in Suweida, which claimed that it was taking steps to improve the security situation.

However the kidnapping has escalated after the Ariqa gang settled its status, which puts the security committee in an embarrassing position before Suweida public opinion. Sources told Al-Modon that the gang’s activities have been renewed after they agreed to divide the kidnapping revenues with the Humat al-Diyar militia by paying 3 million Syrian pounds for each captive. The sources said that the gang had taken orders to focus on kidnapping Daraa residents.

The Interior Minister spoke in front of parliament last week about the security chaos in Suweida, blaming those he described as “armed thugs” and saying that some of them were connected to foreign entities. This aroused resentment among activists in Suweida who said that the minister’s statements were part of a systematic effort to increase chaos and support the gangs and facilitate the work of Islamic State sleeper cells. This has mixed up the cards in Daraa and Suweida and the regime is trying to legitimize any operation it may consider in the future to restore its control over the area.