Syria's permanent representative to the UN Office in Geneva said that Switzerland has handed over three artifacts from Palmyra to Damascus, according to al-Hal. 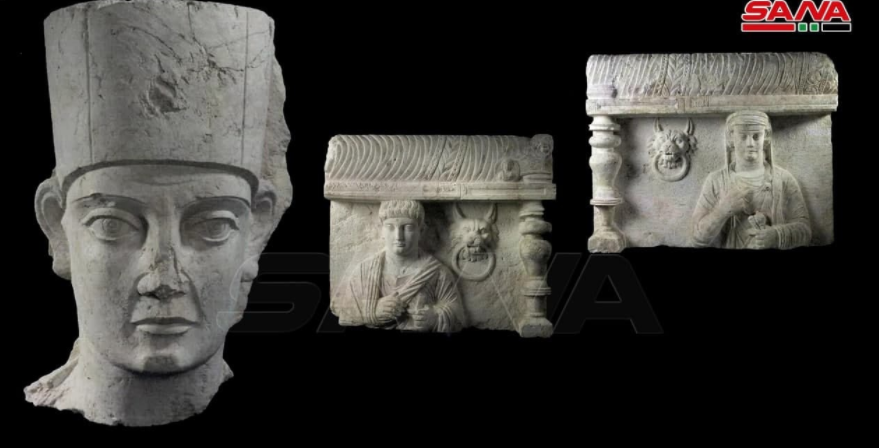 Hussam al-Din Ala, Syria’s permanent representative to the UN Office in Geneva, said that Switzerland has handed over three artifacts from Palmyra to Damascus.

The artifacts had been housed at the Swiss Museum of Art and History after they were smuggled from Syria in 2015.

The recovered pieces are two large stone paintings, which feature a statue, a lion’s head, and artistic decorations. There is also a cylindrical statue of a priest’s head.

The Syrian news agency SANA reported that the artifacts had been recovered via legal and diplomatic channels, in cooperation with the Swiss authorities. The Geneva canton authorities presided over an agreement being signed between the parties to return the artifacts.

Read Also: Iran Competes with Russia in Restoration of Monuments in Syria

One smuggler, who previously worked in the antiquities trade, told Al-Hal Net that Palmyra’s remnants had passed through various hands within Syria. This is because artifacts from Palmyra attract international interest, and the amounts offered per hand-sized piece amount to hundreds of thousands of dollars.

Taqi al-Din (who asked not to provide his last name), currently residing in Turkey, explained that he was one of the smugglers who had transported artifacts from Palmyra to Turkey. He noted, however, that he was not involved in smuggling the newly recovered pieces. (On this point, Al-Hal Net notes that it did not corroborate Taqi al-Din’s claim with other sources.)

Al-Hal Net’s source revealed that traders from the Gulf states ranked as the most interested purchasers for Syrian antiquities. He added that some of the antiquities went from Turkey to the Gulf states, including by sea to Qatar. Other artifacts traveled from Lebanon.

The source explained that the most difficult way to smuggle antiquities into Europe was to organize sales with foreign traders in Europe and transport the pieces there.

No official estimates exist concerning the number of antiquities smuggled and looted from Syria over recent years. Nor do official figures cover the number of smugglers, intermediaries, and borders traversed by the illicit trade.

UNESCO estimates that the total market value for Syrian antiquities has reached about 15 billion USD.