Unidentified drones targeted, yesterday, areas held by Iran-backed factions in the eastern countryside of Deir-ez-Zor, according to North Press. 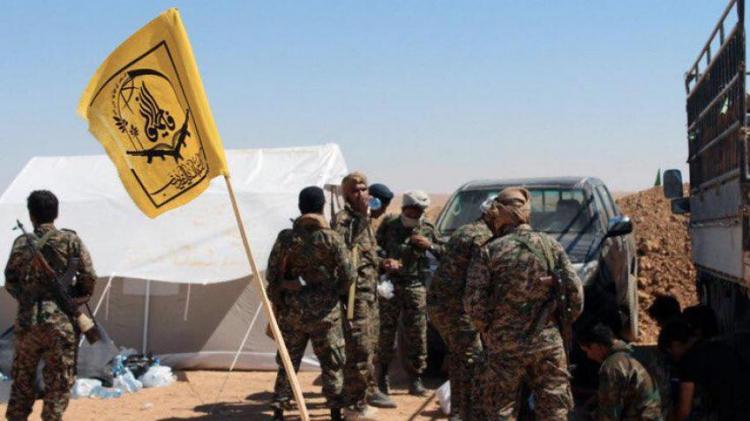 In the early hours of the morning, sounds of explosions were heard in the city of al-Boukamal, in the eastern countryside of Deir-ez-Zor, near the Iraqi border, the Syrian Observatory for Human Rights reported yesterday (Monday).

Two unidentified drones flew over al-Boukamal city held by Iranian-backed factions in the eastern countryside of Deir-ez-Zor, according to the Observatory.

This attack came a few days after the replacement of the Iranian-backed militias’ flags with the internationally recognized Syrian ones on some posts and military headquarters of these militias in al-Boukamal city for fear of expected attacks, according to the Observatory.

On November 10th, at least seven Iranian-backed militants were killed due to an unknown drone attack that targeted sites and weapons depots belonging to Iranian factions in al-Boukamal.

The attacks destroyed the arms and ammunition warehouses and caused huge explosions that reverberated to Baghouz, according to SOHR.

Since the eruption of the events in Syria in 2011, Iran has officially announced its support to the Syrian government and sent its militias to support government forces in their war against factions of the Syrian opposition.

Iran supported and formed military factions, which are working to fulfill its ambition in Syria, the most prominent of these factions are the National Defense Forces (NDF), Liwa Fatemiyoun, Hashemiyoun, and Liwa Zainebiyoun.

Iran continues the process of recruiting Syrian militants within the ranks of factions affiliated with it by attracting financially and exploiting the deteriorating economic conditions that Syria is witnessing.

There are about 30 recruiting centers deployed in the eastern countryside of Deir-ez-Zor, west of the Euphrates River, most of them were houses belonging to residents that were seized by Iranian-backed factions under the pretext that their owners are residing in areas held by either Syrian Democratic Forces or opposition factions.