A general and four soldiers were killed Sunday in an attack in eastern Syria, where jihadist groups are active, al-Araby al-Jadeed reports. 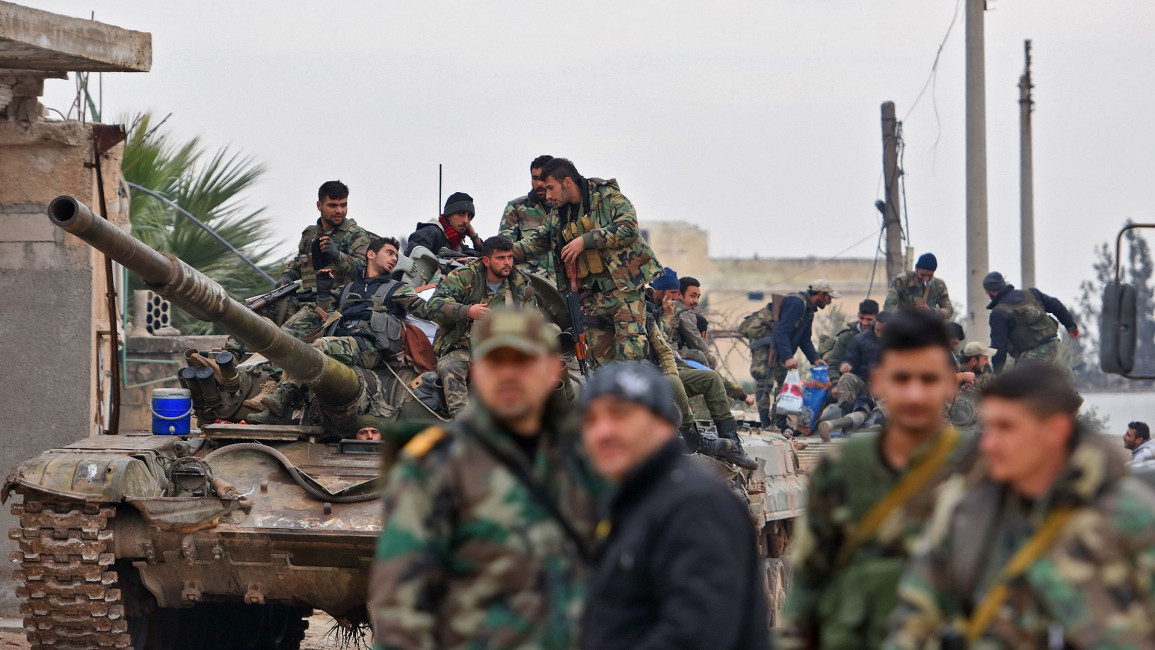 A general and four soldiers were killed Sunday in an attack in eastern Syria, where jihadist groups are active, a war monitor said.

The British-based Syrian Observatory for Human Rights said a bomb exploded close to the vehicle carrying the five killed soldiers in the Deir-ez-Zor province of eastern Syria.

The attack comes a day after the Islamic State group killed 13 fighters loyal to the Syrian government in an ambush also in Deir-ez-Zor, in the desert area of Masrib, the Observatory said.

Despite the fall of ISIS’ so-called caliphate in 2019, the group continues to launch deadly attacks from hideouts in the Syrian Desert, which extends from the outskirts of Syria’s capital Damascus to the Iraqi border.

Since March 2019, a total of 1,593 pro-government fighters and 153 allied pro-Iranian fighters had been killed in ISIS attacks, the observatory said.

About half a million people have died since the Syrian conflict erupted in 2011 and millions more have been displaced – more than half the population.

The conflict in Syria erupted in 2011 with nationwide protests against the government that were met with a brutal crackdown.

It escalated into a devastating war that drew in regional and international powers.