Russian airstrikes on Idleb killed five members of the same family in the displaced camps near the town of Maaret Misrin, north of the province, Zaman al-Wasl writes. 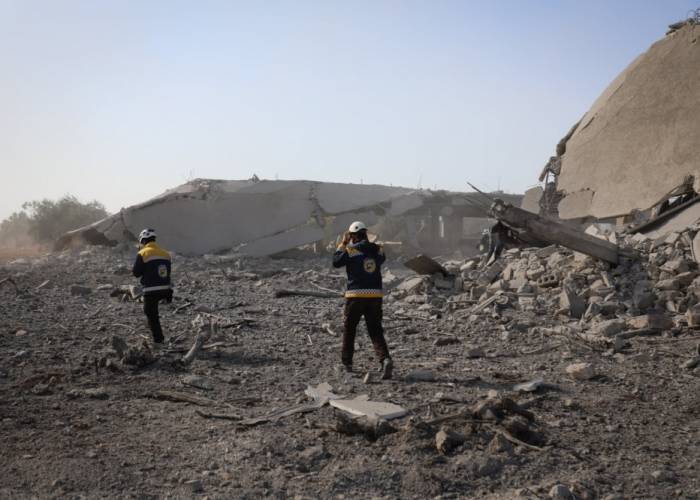 The Russian warplanes carried out airstrikes targeting the displaced camps near the town of Maaret Misrin, north of the Idleb province.

According to Zaman al-Wasl’s reporter, the Russian warplanes had used two high-explosive missiles.

Meanwhile, the Russian Orlan-10 reconnaissance drone is still flying over the area, amid a state of panic and panic witnessed by the residents of the camps.

Russian warplanes had targeted more than once the gathering of displaced camps surrounding Maaret Misrin.

The shelling is part of a military escalation in the area in northwestern Syria, which had been under a ceasefire sponsored by Russia and Turkey since last year.

The truce in March 2020, covering the area home to nearly 4 million mostly displaced people, was negotiated between Turkey, which supports Syria’s opposition and has troops deployed in the area, and Russia, the Syrian government’s main backer.

Opposition-held areas in northern Syria are home to 3.5 million civilians, according to the United Nations.