At least 84 civilians, including 22 children and 4 women, were killed in October as a result of the Syrian conflict, mostly at the hand of the regime, Zaman al-Wasl reports. 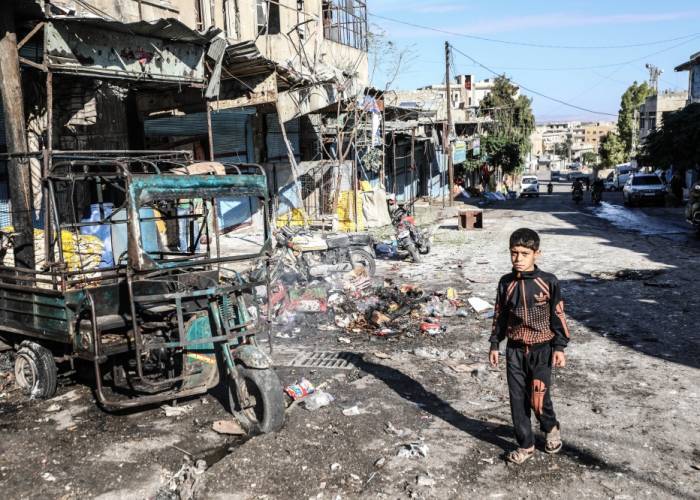 The Syrian regime forces and other warring parties killed at least 84 civilians, including 22 children and 4 women, in October, the Syrian Network for Human Rights (SNHR) said Monday.

The monthly report by the local monitoring group saw an overall decrease in the death toll of civilians, adding that 38% of the documented death toll in October were killed by Syrian regime forces, most of them in Idleb province.

44 civilians (53% of the death toll documented in October) were killed by other warring parties.

The report draws upon the ongoing daily monitoring of news and developments, and on an extensive network of relations with various sources, in addition to analyzing a large number of photographs and videos.

Read Also: Assad Security Burned to Death a Whole Family Near Damascus in 2012

As the report reveals, October also saw continuing civilian deaths as a result of landmine explosions. SNHR documented the death of seven people, including six children, bringing the civilian death toll caused by landmines since the beginning of 2021 to 149, including 64 children and 22 women.

As the report explains, the SNHR’s Victim Documentation team documented the deaths of 84 civilians, including 22 children and four women (adult female) in October. This figure is broken down according to the perpetrators in each case, with 32 of the civilian victims, including seven children and three women, killed at the hands of Syrian regime forces, and two civilians killed by the hardline Hay’at Tahrir al-Sham group.

The report has also revealed that six people had died of torture by the Assad regime in October, and one person tortured to death by the Kurdish-led Syrian Democratic Forces.