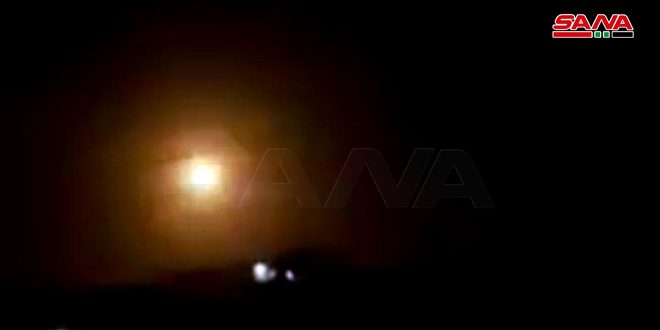 The military source declared: “Today at 19:16, the Israeli enemy carried out missile attack from the north of Beirut towards some points in central and coastal areas. Our air defenses intercepted the missiles and downed most of them.”

It added that the Israeli attack on Syria left 2 soldiers wounded and caused material damage.

On October 13th, the Israeli enemy carried a missile attack on the eastern countryside of Homs, killing one Syrian soldier and wounding three others.

Remarks by the Syrian Observer: The aerial raids have increased recently. Three of them took place in the last 10 days only, following a meeting between the Russian President and the Israeli Prime Minister. Reports claimed that Russia agreed to turn a blind eye to Israeli raids on Iranian positions in Syria.

Israel has staged hundreds of attacks on Iran-linked military targets in Syria over the years but rarely acknowledges or discusses such operations. While Israel does not usually acknowledge its attacks, it has acknowledged that it is targeting bases of Iran-allied groups, such as the powerful Lebanese Hezbollah group.