Turkey and the Syrian regime have recently deployed army reinforcements into the countryside of Aleppo, northern Syria, Zaman al-Wasl reports. 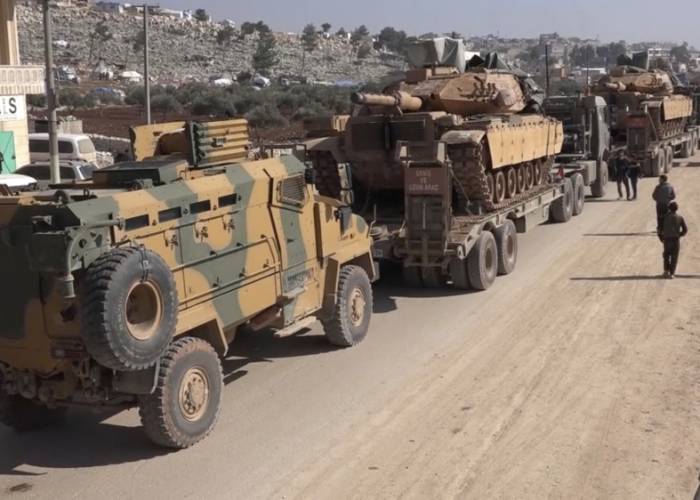 According to reports, a convoy from Turkey consisting of tanks, heavy artillery, personnel carriers and armoured vehicles entered the city of al-Bab near Aleppo while army reinforcements have also been deployed to the Syrian Turkish border opposite the city of Ayn al-Arab (Kobani).

The Syrian regime army has also strengthened its presence in areas under its control in the vicinity of the city Manbij, west of the Euphrates River as well as on the strategic M4 Highway.

The Turkish and Syrian military build-ups coincide with the emergence of reports of a Turkish “surprise” operation against the Syrian Democratic Forces (SDF) militia in the cities of Manbij, Tal Rifaat, and Ayn al-Arab.