The Syrian regime forces and Iranian militias pushed massive reinforcements to the vicinity of the city of al-Bab, which is controlled by Turkish and SNA Forces, according to Asharq al-Awsat. 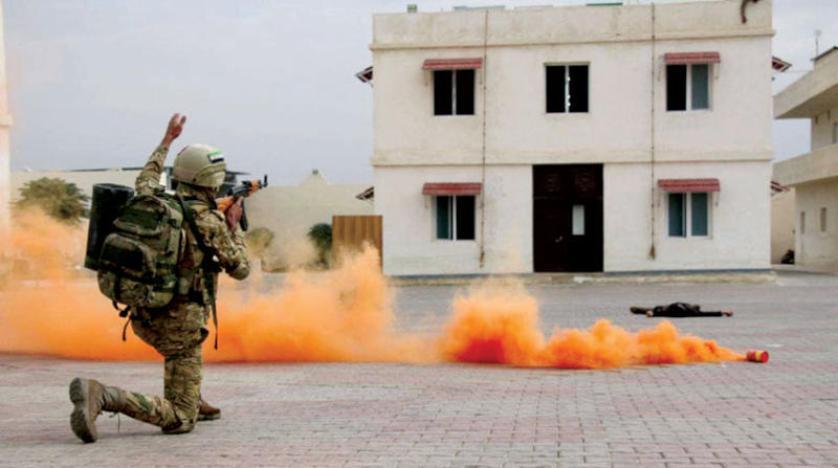 The Syrian regime forces and Iranian militias pushed massive reinforcements to the northeast of the countryside of Aleppo, accompanied by hovering Russian helicopters.

Opposition activist Jihad Shihabi said regime forces and Iranian militias sent a large military convoy to the front lines on the axes of Tal Rahal, Tal Zwayan, and Daghlbash, in the vicinity of the al-Bab city.

The city is under the control of Turkish forces and the Syrian National Army factions.

He added that two Russian helicopters flew overhead amid the deployment. They took off from the al-Assad Military Academy in southern Aleppo and the Kuweires military airbase east of the city.

Meanwhile, the Syrian National Army factions continued their military mobilization and combat readiness to launch a military operation against the Kurdish Syrian Democratic Forces (SDF) in the Tal Rifaat area northwest of Aleppo.

Violent clashes erupted between pro-Turkish factions and the Kurdish factions on the Kafr Khasher front in the northern countryside of Aleppo after Kurdish groups attempted to infiltrate opposition positions in the area.

A leader in the armed Syrian opposition factions said that Turkish military bases and forces in the southern and eastern Idleb countrysides are on alert, while new Turkish military reinforcements are dispatched to Banin, al-Bara, al-Naiyrab, and Taftanaz.

Opposition factions in the al-Fateh al-Mubin operations room are also on alert in anticipation of an attack.

The reinforcements were sent to more than six Turkish military points near Maarat al-Numan and in the vicinity of Saraqib.

The Syrian Observatory for Human Rights reported that regime forces renewed their ground attack on the de-escalation area with missile and heavy machine-gun fire on areas in al-Barah and al-Futirah in Jabal al-Zawiyah in the southern Idleb countryside. No casualties were reported.

On Saturday, the Observatory reported that a regime soldier was killed and a child was injured in rocket fire by opposition factions in the Jurin neighborhood.

The targeted area hosts Jurin camp, the military base used by regime forces in Sahl al-Ghab in the Hama countryside.