An SDC claimed that the Turkish threats against northeast Syria were taken into consideration, calling on Syrians to unite in the face of aggression, according to North Press. 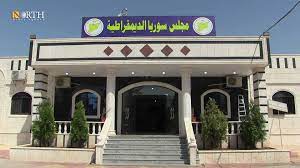 Media outlets have cited Turkish officials’ statements over an imminent military operation to be carried out in areas in northeast Syria.

“Turkey insists on implementing its expansionist project relying on radical factions that are far away from the civilized world,” Othman added.

However, SDC takes these threats “into consideration.”

“Among the priorities of the SDC’s foreign visits is focusing on the continuation of the Turkish attacks on northeast Syria and the need of the international community to adopt a clear position regarding this issue,” Amina Omar, SDC co-chair said on September 22.

Achieving political stabilization through intra-Syrian understanding “will reduce Turkey’s chances of intervention and changing the demography of the region, particularly to hit the national presence of Kurds,” he added.

Turkey is taking advantage of the absence of international consensus among major powers of the Syrian issue and lack of clear strategic vision of these hesitated powers, according to the SDC spokesman.

Meanwhile, Othman held Russia and the U.S. responsible for countering this policy and curbing the Turkish threat against areas held by the Autonomous Administration of North and East Syria (AANES).

He called on Syrians to “put aside their deep differences and find an approach that protects the supreme national interests first, and later finds a space to continue discussions over the outstanding differences.”

Bringing the national interests together ”requires a high degree of common will for all parties,” he noted.