Syria participated in the 7th International Forum for Religion and Peace held in Moscow, represented by the Minister of Education, according to the Syria Times. 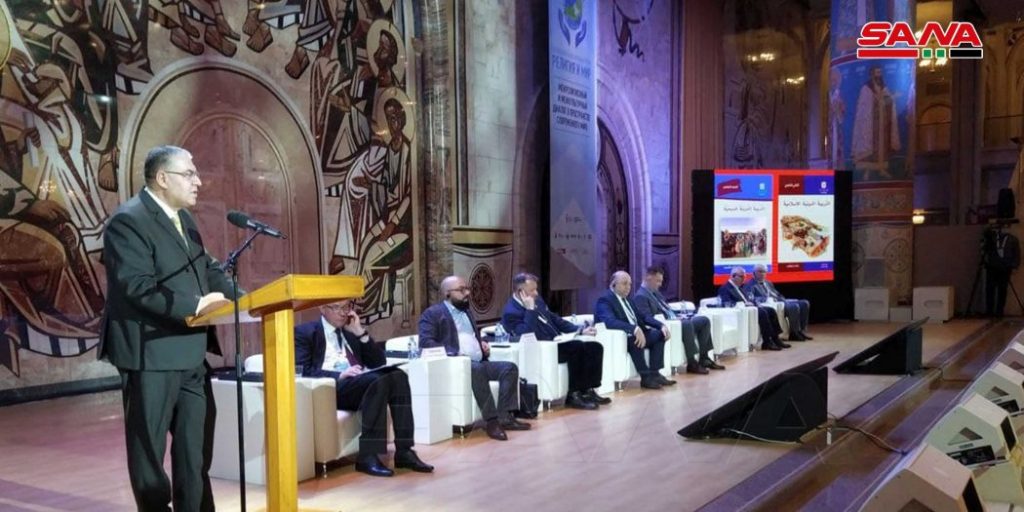 With the participation of Syria, the 7th International Forum for Religion and Peace kicked off on Tuesday in  Moscow under the slogan “Interfaith and intercultural dialogue in the Modern world.”

Head of the Syrian delegation to the forum, the Minister of Education, Darem Tabbaa, said that Syria is the cradle of civilizations and the source of divine messages, indicating that the Syrians carried their sacred message throughout history through caring about education.

“Throughout history, the education process in Syria has conveyed that supreme message through traditions and norms, which gathered people and their human values and then turned it into a curriculum from which people learn tolerance, love, and acceptance of others”, he said.

Tabaa also stressed the key role of Syrian-Russian relations in enhancing the educational role in  Syrian society and the need for boosting this relationship in the joint interest of the two countries and peoples.

In an interview with the correspondent of the Syrian Arab News Agency (SANA) in Moscow, the Minister said that the Syrian experience during the terrorist war is very important and it shows the educational aspect in “rebuilding Man and finding a new relationship for the new generation away from extremism and terrorism.”

“We must teach people the skills through which they can analyze, compare and arrive at the most effective solution to their problems,’ the Minister added.

Read Also: Summit in Moscow Between Presidents Assad and Putin

For his part, the Mufti of Moscow and Central Russia Albir Krganov declared that the forum proves Russia’s interest in peaceful and brotherly relations between religions, offering condolences to the families of the victims of the terrorist blast that targeted a military bus in Damascus last Wednesday.

Member of Douma  Sergey Gavrilov underscored that the forum calls for consolidating peace and justice in the world and confronting all forms of extremism and aggressions and western attempts to push humanity to carry out terrorist act under false slogans related to democracy and human rights.

On the sidelines of the forum, an agreement was signed between the Syrian Trust for Development and the World Christian Union on cooperation and the exchange of experience.

The forum is held this year with the participation of nearly 1000 Russian and foreign governmental, religious and social dignitaries, including representatives of 17 countries.