On Monday morning, an Israeli drone targeted positions of Hezbollah and pro-regime militiamen in the southern Syrian governorate of Quneitra, according to Baladi News. 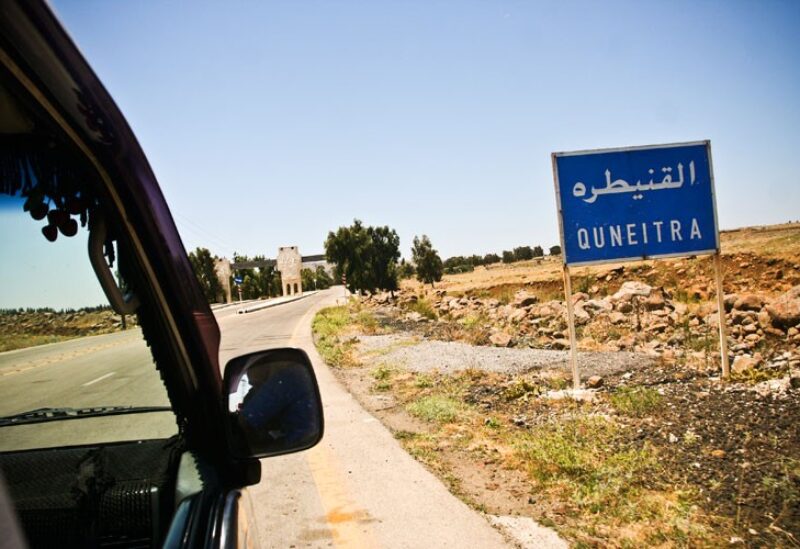 On Monday morning, an Israeli drone targeted several positions of the Lebanese group Hezbollah and al-Assad militiamen in the southern Syrian governorate of Quneitra.

According to multiple sources in southern Syria, an Israeli reconnaissance drone bombed a monitoring base belonging to the Lebanese Hezbollah militia in the Malian Building in al-Baath city, as well as the Tel Karum Khan area, which is a joint monitoring station for the regime and Hezbollah.

The sources indicated that the drone carried out a third raid around the office of the reconnaissance group’s commander in the regime’s 90th Brigade, which is headed by Bashar al-Hussein, a regime army captain.

Using drones to bomb Hezbollah and regime positions represents an unprecedented step for the Israelis, forming part of their “precision strikes.”

Israeli Minister of Construction and Housing Ze’ev Elkin revealed that Bennett and Putin had reached understandings on continuing the current Israeli-Russian policy towards Syria.

In an interview with reporters, Elkin said that the main issue is “creating continuity between Israel and Russia,” adding: “There has been a lot of talk about strategic issues, including a very broad dialogue on the Syria situation while maintaining the two countries’ coordination mechanism,” Kan said.

During the meeting in Sochi, Putin called on Bennett to “improve communication with Moscow about Israel’s activities in Syrian territory and to be more precise about it,” according to the Hebrew-language newspaper Haaretz.

“The two leaders also discussed Iran’s position in Syria and Israel’s efforts to keep Iran as far from the Israeli border as possible,” Haaretz reported. The newspaper added that the gaps in understanding between Moscow and Tel Aviv about Israeli activity in Syria were “small.”

Israel has been continuously conducting airstrikes on Syria, targeting Iranian militia positions and military depots. Israel has avoided, as far as possible, hitting targets linked to the Assad regime. Under this arrangement, problems can only arise if the regime and Iran reach consensus positions.