UNHCR chief, Filippo Grandi, has come under heavy criticism after he suggested that the international community should work with the regime to ensure the return of refugees, according to al-Araby al-Jadeed. 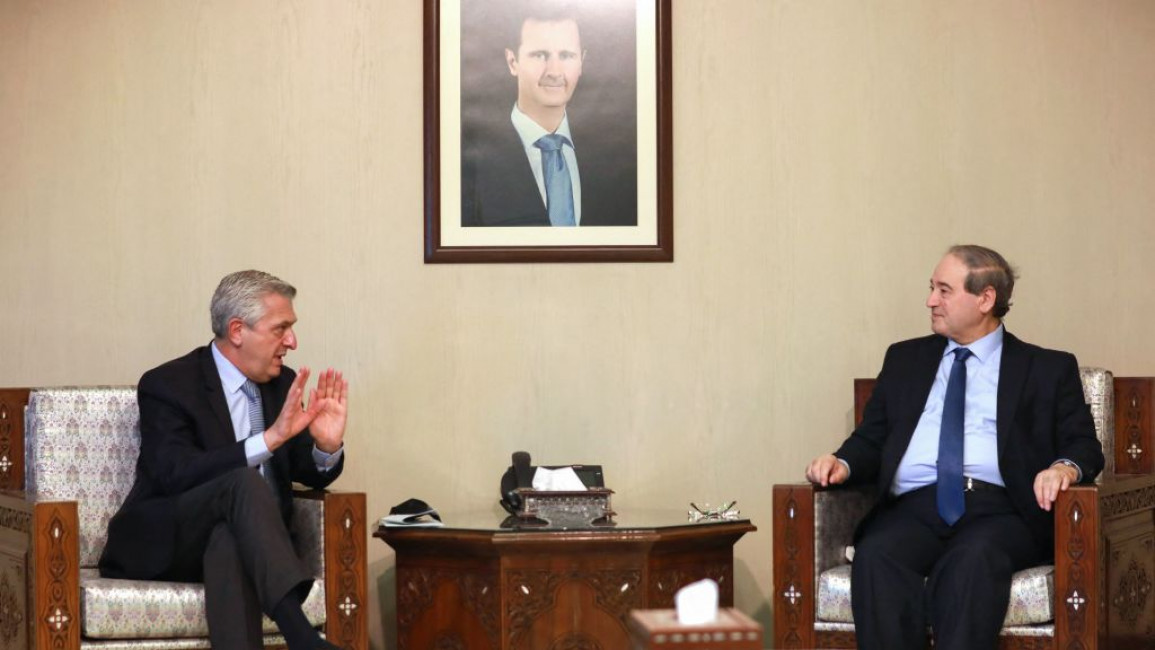 The United Nations’ High Commissioner for Refugees (UNHCR), Filippo Grandi, has come under fire for suggesting that the international community should work with the regime of President Bashar al-Assad to return refugees and internally displaced people returned to Syria.

Grandi visited Damascus and tweeted from there on Sunday. His tweet was accompanied by a picture of Damascus’s Umayyad Mosque.

I arrived in Damascus and before starting the official programme of my visit to Syria I stopped at the Umayyad Mosque — a magnificent place of prayer, history and beauty. pic.twitter.com/2JuOB97Bn4

Many Syrians considered this statement by the UNHCR chief insensitive, with some replying that if they tried to visit their homes or return to Syria, they would be arrested, tortured, or killed by the regime.

Syrian activists and NGOs have repeatedly warned that Syria is not safe for refugees to return to, with Amnesty International documenting the torture, rape, and forced disappearance of refugees by regime forces.

In a further tweet, Grandi said, “I have discussed with the Syrian Government ways to strengthen coordination as we address internal displacement, and to cooperate in removing obstacles to the return of refugees.”

I have discussed with the Syrian Government ways to strengthen coordination as we address internal displacement, and to cooperate in removing obstacles to the return of refugees.

He also said that he had talked with returnees in the city of Talbiseh in Homs province in central Syria.

I spent the day in Talbiseh and met people who have returned home after years of displacement, inside and outside Syria.

“The only safe return starts with getting rid of Assad’s regime, prosecuting all war criminals in Syria, releasing all detainees, [and] ending the ongoing detention [and] bombardment,” she wrote on Twitter.

Another Twitter user said: “As refugees, we are not safe from the oppression of this regime which is working to impoverish, starve [and] displace the people.”

Amnesty International has documented a catalog of violations committed by Syrian intelligence officers against 66 returnees, including 13 children.

In five cases, detainees had died in custody after returning to Syria, while the fate of 17 forcibly disappeared people remains unknown.

Returning refugees told Amnesty that intelligence officers explicitly targeted them for their decision to flee Syria, accusing them of disloyalty or “terrorism”.

The UNHCR commented on Grandi’s Syria trip on Monday issuing a statement saying: “These are Syrian nationals, and it’s the government’s responsibility to ensure their security.”

“We are engaging with the government to highlight refugees’ concerns such as their safety, property rights, and livelihoods.”

During the last decade, the Syrian people have experienced a brutal war with over 500,000 people being killed and 13 million forced to leave their homes, mostly as a result of regime bombardment of civilian areas.

Tens of thousands of people have also been detained in regime jails over the past decade, with many of them feared dead.

The New Arab has approached the UNHCR for comment.