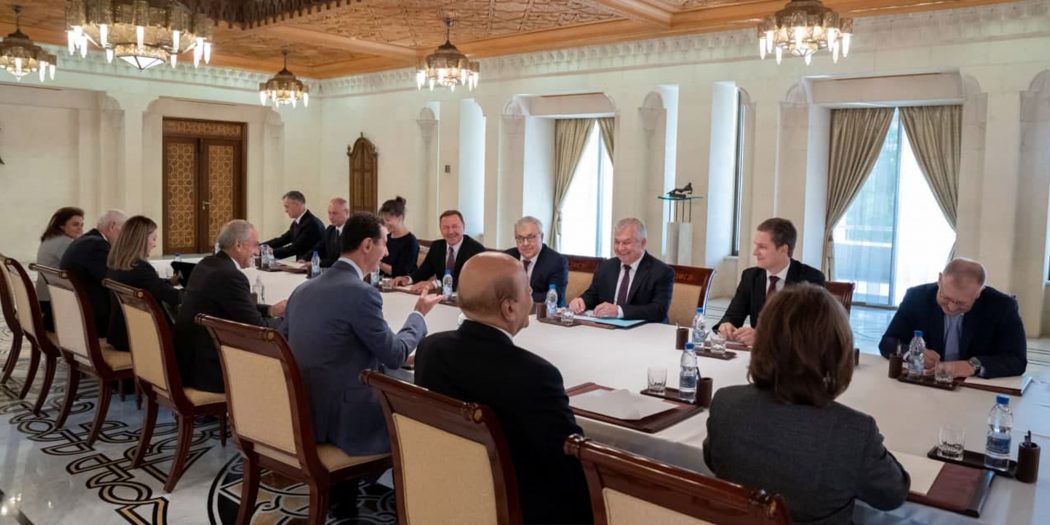 Talks during the meeting focused on cooperation between the two countries in the war on terror and the economic and commercial levels.

The Russian diplomats said that this visit to Assad comes within President Putin’s directives to boost this cooperation and expand work with Syria in all fields and at all levels, reiterating that Russia is ready to actively contribute to the process of reconstruction and rehabilitation of infrastructure destroyed by terrorism and to establish investment partnerships with Syria in the fields of energy and agriculture in a way that achieves the interests of the two friendly peoples and contributes to activating the Syrian economy.

The talks also dealt with the latest developments in Syria, the region, and the world.

President Assad considered that those developments and changes, foremost of which is the U.S. withdrawal from Afghanistan, indicate the retreat in the role of the U.S. and its allies, which requires from countries of the region to work to enhance security and peace with the will of its peoples without external interferences.

The two sides also discussed meetings of the committee of discussing the Constitution, which will start tomorrow, affirming the importance of continuation of the political track in order to reach consensus based on the principles of the Syrian people and the preservation of Syria’s sovereignty and territorial integrity.