The Minister of Foreign Affairs and Expatriates held on Tuesday separate meetings with his Lebanese counterpart and the Iranian Deputy Foreign Minister to discuss cooperation, according to the Syria Times. 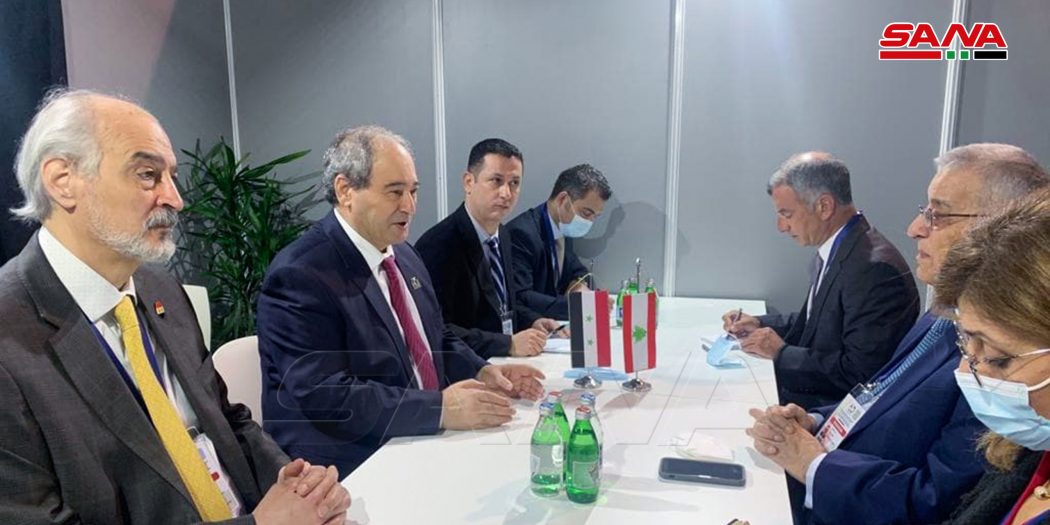 The Minister of Foreign Affairs and Expatriates, Faisal al-Mekdad, held on Tuesday separate meetings with his Lebanese counterpart and the Iranian Deputy Foreign Minister on the sidelines of the High ranking meeting of the Non-Aligned Movement (NAM) held in Belgrade and marking NAM’s 60th Foundation Anniversary.

In his meeting with the Lebanese Foreign Minister Abdallah Abou Habib, Mekdad asserted Syria’s keenness on helping the Lebanese people overcoming the obstacles and challenges they face.

For his part, the Lebanese minister thanked Syria for its support to Lebanon, especially in the field of power.

The two ministers also discussed the return of the displaced Syrians to their homeland and homes. Minister Mekdad stressed in this context that Syria welcomes its entire people and provides all the necessary facilities to secure a voluntary and dignified return for them, referring in this regard to the decrees and laws that were issued to facilitate that return.

Mekdad also asserted the need to enhance relations with Iran in all fields during his meeting with the Iranian Deputy Foreign Minister Safari Mahdi.

The two sides discussed cooperation in political and economic fields.

The Iranian official affirmed that his country is ready to offer all forms of support to Syria.