In a tripartite meeting held in Amman, the Ministers of Energy of Syria, Jordan, and Lebanon agreed on details of an electricity transfer plan between the three countries, according to al-Araby a-Jadeed. 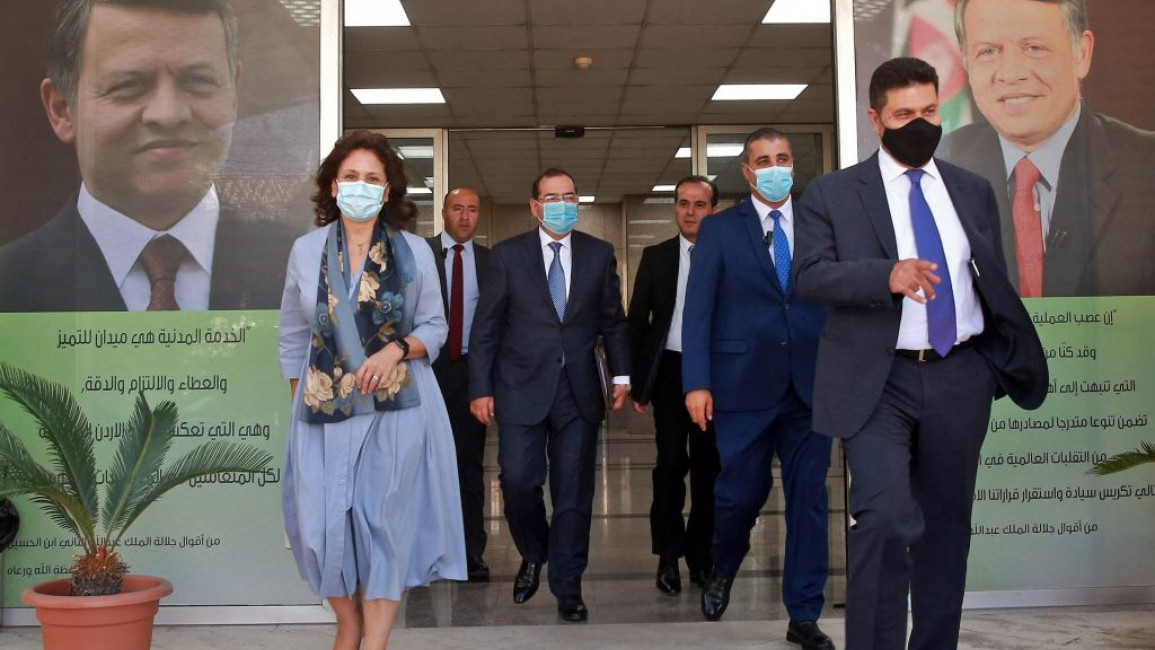 The Ministers of Energy of Syria, Jordan, and Lebanon held a tripartite meeting in Amman on Wednesday, where they ironed out details of an electricity transfer plan between the three countries.

On August 19th, Lebanon’s President Michel Aoun announced that he had been given the green light by the U.S. to import Egyptian natural gas and Jordanian electricity through Syria.

Both are sorely needed by Lebanon, which is suffering from an acute energy crisis that has left much of the country in darkness for up to 22 hours per day. The country needs 3,600 megawatts of energy per year to cover demand, but currently only produces 700.

The Jordanian Minister of Energy and Mineral Resources, Hala Zawati, told reporters that the ministers had set “a clear, specific action plan and timetable to provide Lebanon through the Syrian electrical network.”

Zawati did not clarify any details of the action plan nor the timetable, but added that the plan “focused on rehabilitating the infrastructure on the Syrian side.”

The energy transfer plan will have Egyptian natural gas go through Jordan, to Syria, and finally to Lebanon.

There is infrastructural work that needs to be completed before the transfers can be done, namely, the repair of a natural gas pipeline from Jordan to Syria which was damaged in an August 2020 attack that was likely carried out by IS.

The Syrian regime controls almost two-thirds of Syria’s territory, however, the country is still plagued by security issues, particularly in the central Syrian desert where IS cells still stage attacks.

On September 17th, IS claimed responsibility for an attack on a major natural gas pipeline southeast of Damascus that temporarily put the pipeline out of service and led to blackouts in the capital city.

The transfer scheme will also have Jordan use Egyptian natural gas to generate electricity which it will then transfer to Syria.

Syria will then pass on the electricity to Lebanon.

The Syrian Minister of Oil and Mineral Resources, Ghassan al-Zamil, said that the electrical connection between Syria and Jordan will need three months to be repaired.

Wednesday’s meeting follows a series of ministerial meetings held between Egypt, Syria, Jordan, and Lebanon over the last month to discuss the energy plan.