Turkish President Recep Tayyip Erdogan revealed that he agreed with Russian President Vladimir Putin to implement a "final and sustainable solution" to the conflict in Syria, Athr Press reports. 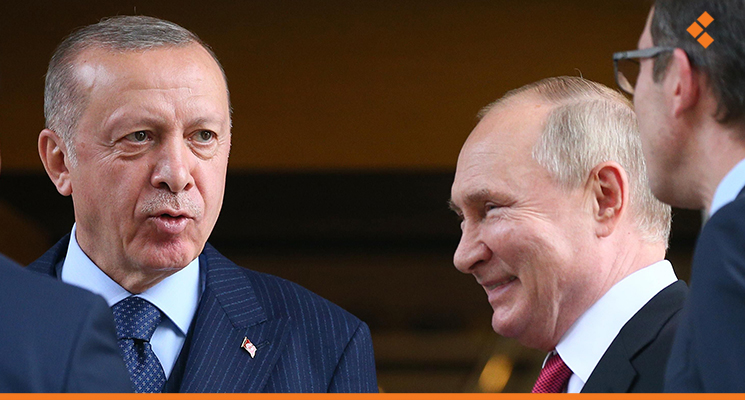 On Wednesday, Turkish President Recep Tayyip Erdogan and Russian President Vladimir Putin agreed, during their meeting,  that it was time to implement a “final and sustainable solution” to the conflict in Syria, particularly in the Idleb governorate.

In a press statement to Anadolu Agency on Thursday, Erdogan described his talks with Putin in the Russian city of Sochi, on Wednesday, as “frank and fruitful.” He added, “we discussed that the time has come to implement a final and sustainable solution in Syria, primarily in Idleb. We have also established a road map which will be used by our ministers of defense and foreign affairs.”

The Turkish president expressed Ankara’s firm commitment to all agreements with Russia regarding Syria, stressing that “there is no turning back.”

Erdogan said that he reminded Putin of the presence of an office for the Kurdish People’s Defense Units (YPG) in Moscow, which Ankara considers a terrorist organization, He expressed Turkey’s willingness to strengthen solidarity with Russia in the fight against terrorism.

“The agreements reached with Russia regarding ending the presence of the terrorist organization PKK/YPG in Syria must be implemented,” he said, referring to the PKK  and the YPG.

At the same time, Erdogan sharply criticized the administration of U.S. President Joe Biden for supporting the Kurdish-majority Syrian Democratic Forces. Erdogan said: “The United States should leave this place and leave it to the Syrian people, sooner rather than later.”

The Kremlin declined to comment in detail on talks between Putin and Erdogan on the Syrian issue.

On Thursday, Russian presidential spokesman Dmitry Peskov told reporters that regional conflicts, including Syria, were central to the meeting agenda for Putin and Erdogan in the Russian city of Sochi yesterday.

“It was stressed that the two countries’ agreements should be implemented about eradicating any remaining terrorist cells from Idleb. Those groups in question are those who could pose a threat and take hostile, aggressive steps against the Syrian army.